Researchers in the Oregon State University College of Engineering have developed a battery anode based on a new nanostructured alloy that could revolutionize the way energy storage devices are designed and manufactured. 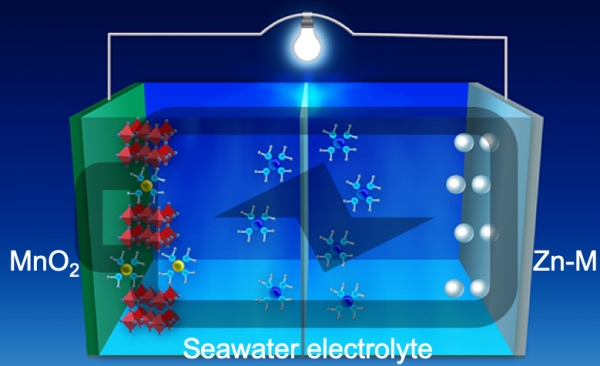 The zinc- and manganese-based alloy further opens the door to replacing solvents commonly used in battery electrolytes with something much safer and inexpensive, as well as abundant: seawater.

“The world’s energy needs are increasing, but the development of next-generation electrochemical energy storage systems with high energy density and long cycling life remains technically challenging,” said Zhenxing Feng, a chemical engineering researcher at OSU. “Aqueous batteries, which use water-based conducting solutions as the electrolytes, are an emerging and much safer alternative to lithium-ion batteries. But the energy density of aqueous systems has been comparatively low, and also the water will react with the lithium, which has further hindered aqueous batteries’ widespread use.”