Researchers have used genome editing to generate hornless cattle, which then pass on the trait to their offspring. 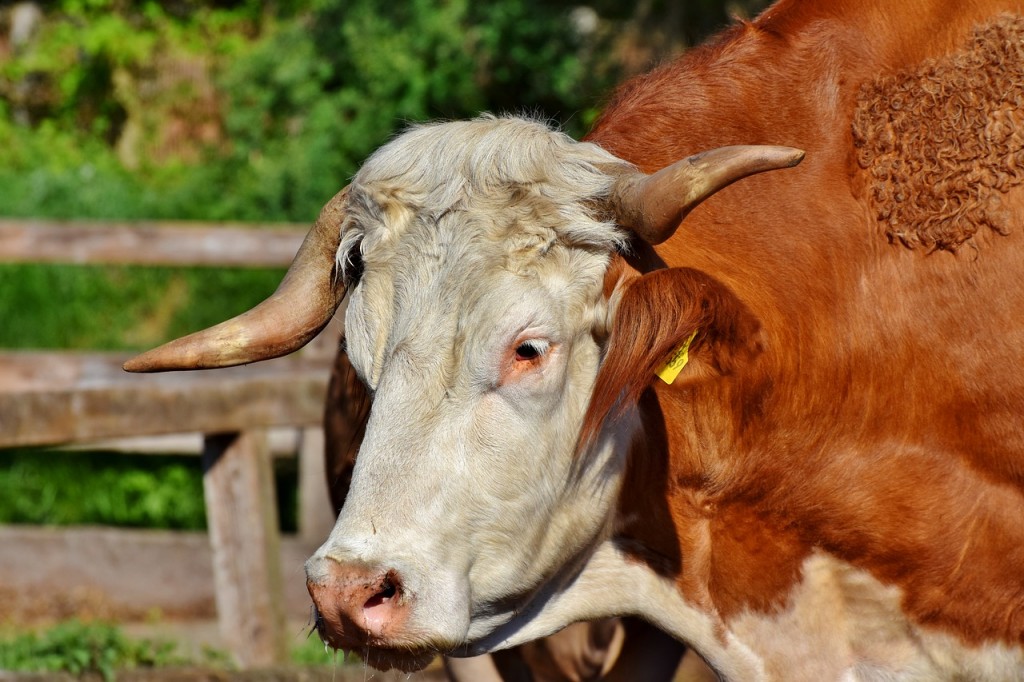 The absence of the horns means they cannot use them to injure other animals - or, indeed, humans.

The team members also demonstrated that the bulls passed the edited trait on to their offspring.

Dehorning - along with "disbudding", which removes the horn buds at an early age - is an unpleasant process with implications for animal welfare.

Hornless cattle are easier to transport and need less space at a feeding trough.

"We've demonstrated that healthy hornless calves with only the intended edit can be produced, and we provided data to help inform the process for evaluating genome-edited animals," said co-author Alison Van Eenennaam, from the UC Davis department of animal science.

In 2016, scientists reported that two male dairy bulls had been born with a hornless mutation that had been introduced into their DNA sequence using genome editing.

The mutation is dominant, which - in this case - means that all the calves end up with the hornless trait.

The latest work was carried out to determine whether the genome edit had been faithfully passed on to one of the bulls' offspring - and to look for any unexpected changes.

The researchers sequenced the genomes (the full complements of DNA stored in the nuclei of animal cells) of the calves and their parents for analysis.

This showed unequivocally that the genome-edited traits had been passed on to the calves.

Dr Van Eenennaam said the plasmid does no harm to the animals, but its inclusion technically makes the genome-edited bull a genetically-modified organism (GMO) in the traditional sense, because it contains foreign DNA from another species.

The researchers found no unintended genetic alterations in the calves.

Since the original work to produce the hornless cattle, which was initiated by Minnesota-based biotech company Recombinetics, new methods have been developed that no longer use plasmids or any other foreign DNA sequence.

Some scientists see the advent of genome editing as an opportunity to re-think the current US regulatory regime surrounding genetically modified animals.

These salmon incorporate a gene that allows the modified animals to grow all year round, rather than just during spring and summer. However, the process of regulatory approval by the Food and Drug Administration took more than a decade and cost millions of dollars.