China has launched an app that allows people to check whether they have been at risk of catching the coronavirus. 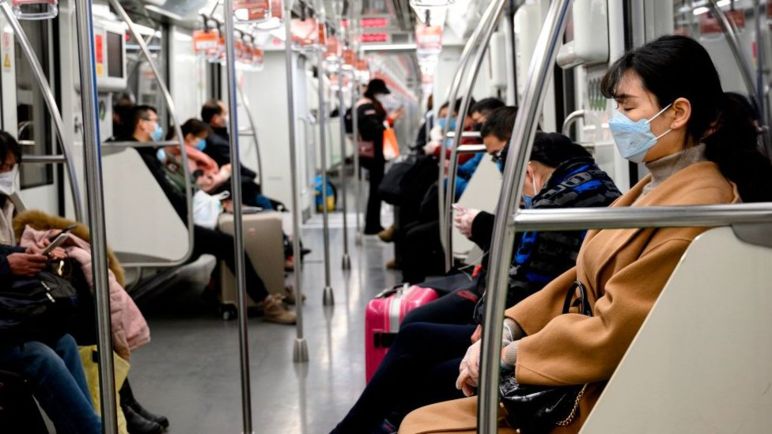 The 'close contact detector' tells users if they have been near a person who has been confirmed or suspected of having the virus.

People identified as being at risk are advised to stay at home and inform local health authorities.

The technology shines a light on the Chinese government's close surveillance of its population.

To make an inquiry users scan a Quick Response (QR) code on their smartphones using apps like the payment service Alipay or social media platform WeChat.

Once the new app is registered with a phone number, users are asked to enter their name and ID number. Every registered phone number can then be used to check the status of up to three ID numbers.

The app was jointly developed by government departments and the China Electronics Technology Group Corporation and supported by data from health and transport authorities, according to the state-run news agency Xinhua.

It is widely known that the Chinese government conducts high levels of surveillance on its citizens but experts in the field suggest, in this case at least, it will not be seen as controversial within the country.

Hong Kong-based technology lawyer at the law firm DLA Piper Carolyn Bigg told the BBC: "In China, and across Asia, data is not seen as something to be locked down, it's something that can be used. Provided it's done in a transparent way, with consent where needed."

"From a Chinese perspective this is a really useful service for people... It's a really powerful tool that really shows the power of data being used for good," she added.

The Chinese government defines 'close contact' as coming near to, with no effective protection, confirmed, suspected or mild cases of the coronavirus while the person was ill, even if they were showing no symptoms at the time.

People who work closely together, share a classroom, or live in the same home

Medical staff, family members or other people who have been in close contact with patients and their caregivers

Passengers and crew who have been on planes, trains and other forms of transport with an infected person

For example, all air passengers within three rows of an infected person, as well as cabin staff, are seen as being in close contact, while other passengers would be recorded as having general contact.

When it comes to air-conditioned trains, all passengers and crew members in the same carriage are regarded as being in close contact.