New study showed that feeding the garlic supplement to cattle made them produce less gas and more milk. 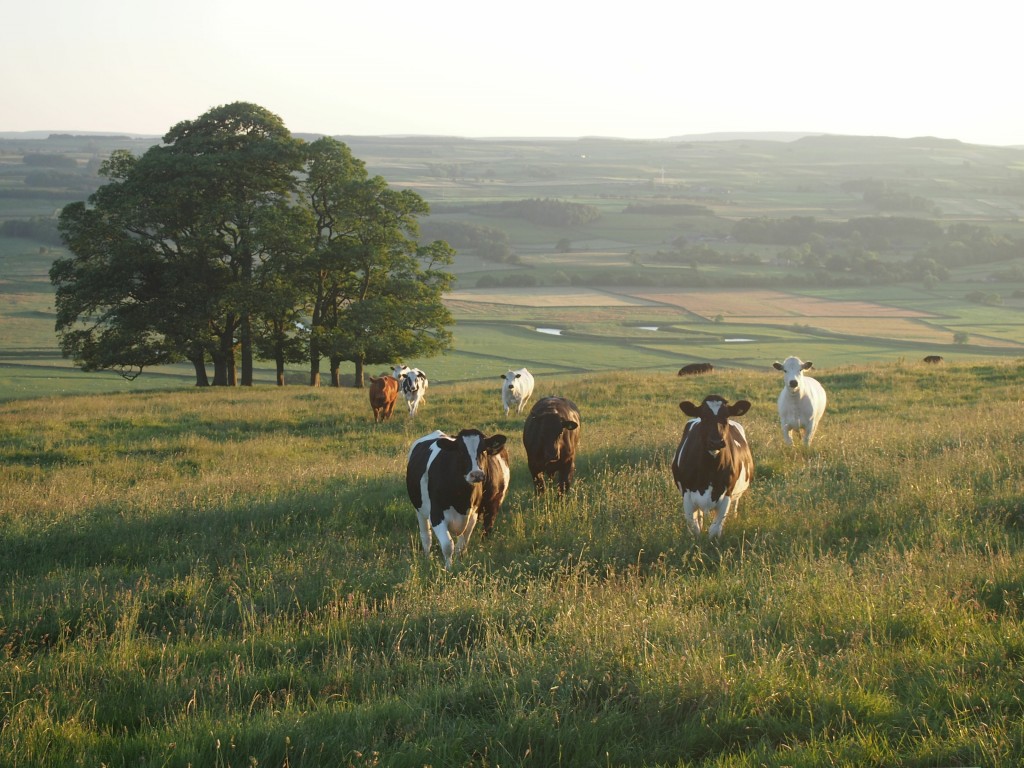 Photo by Jakob Cotton on Unsplash

The cows at Brades Farm in Lancashire, England look like any other dairy cows in the world. But they are not, that’s because deep inside their digestive system, a dietary supplement is helping them break down food in a much more sustainable way.

Researchers at this farm and others have been testing garlic supplements added to cow feed. The results, according to Dairy Reporter, has been a reduction of the cow’s methane emissions by up to 38 percent! That’s because the cows have been burping less, much less.

Cow burps are very serious contributors to global warming. In fact, livestock is responsible for almost 15 percent of greenhouse gases according to a press release from the University of California Davis. A single cow can belch around 220 lbs (100 kms) of methane gas per year. This fact has driven livestock consumption down, and given cattle farmers a new incentive to make the industry more sustainable.

“This is an existential threat,” Joe Towers, whose family owns the environmental Brades Farm, told the New York Times. “Farmers are keen to improve and show they aren’t the bad guys.” That’s why this research is so important.

The study, published in The Open Journal of Animal Sciences, involved 400 cows and is the largest trial of dietary supplements on cattle. The research involved adding 15 grams of a garlic and citrus supplement which is manufactured by Swiss ag-tech company Mootral to the cow’s daily feed.

In addition to a reduction of methane emissions, researchers also discovered an eight percent increase in milk yield among cows who took the supplement according to Dairy Reporter. In an unexpected turn of events, the study also found that cattle seemed calmer, presumably because their garlic breath was deterring flies.

Researchers were also happy to discover that the additive did not change the taste or smell of the milk.

“I was skeptical when we started,” Professor Gerhard Breves, director of the Physiological Institute of the Veterinary University of Hannover and a top researcher in livestock emissions told the NYT. “I do not remember any other compounds having such a pronounced and significant effect without any negative effects.”

Mootral’s supplement is so successful that Verra, which manages the world’s largest voluntary carbon offset program, declared that the company would be the first to sell carbon credits from reducing methane from cattle.

The company’s CEO Thomas Hafner explained to Fast Company that while it’s a great trend that people are reducing their meat consumption, the world will not go vegan overnight, making the supplement particularly pertinent.

“But even though we see a move towards non-dairy alternatives, and people going to non-animal protein sources, populations in other parts of the world are progressing from a cereal-based diet into an animal protein-rich diet. Whatever we lose on one side, we’re going to gain on the other, if not more. What we provide is a solution to reduce the impact of that down the line.”

Several other peer-reviewed studies are underway to further understand the environmental impact of the supplement on both meat and dairy farms. A California study of a meat farm has already reported a 20 percent reduction of methane emissions. The supplement has garnered so much intrigue that a Dutch farm that works in partnership with McDonalds is also testing it.

Beyond garlic supplements, seaweed has also been studied to see if it reduces methane emissions in cattle. In fact, a research team at UC Davis found a 60 percent reduction in methane emissions after adding just one percent of red seaweed to cattle feed.

Consuming sustainable food is a critical way to be a responsible citizen on this planet. While opting for a plant-based diet is one of the easiest and most significant ways to curb climate change, with forthcoming developments on these supplements, sustainable meat and dairy might be right around the corner.