Solar energy as a key to fight and end extreme poverty

Solar power is clean, renewable, and can help alleviate poverty. 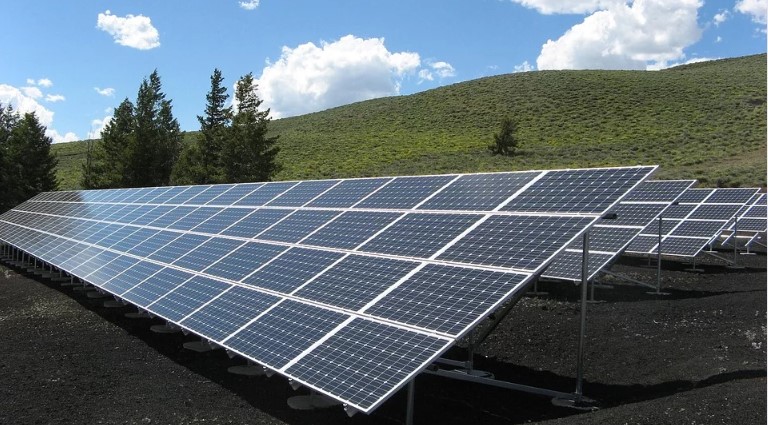 Few people understand the role energy access plays in poverty alleviation better than Robert Freling, the long-time executive director of the Solar Electric Light Fund (SELF), who has spent his career expanding access to electricity across the world.

For Freling, bringing electricity to remote and impoverished communities is more than providing a pathway to modernity — it’s a matter of basic human rights.

“Nobody can really adequately address global poverty unless and until they take on energy poverty as well,” he recently told Global Citizen.

“I’ve seen all too often how lack of access to modern energy absolutely cripples attempts, in developing countries, to improve health care, education, and economic opportunity,” he added.

“To connect the poorest and hardest to reach households, off-grid solutions, including solar lighting, solar home systems, and increasingly mini grids, will be crucial [to ending poverty],” the World Banks says.

But as efforts to expand energy access accelerate, groups working on the issue also have to contend with the looming climate crisis. Efforts to equip communities with electricity can’t lead to more greenhouse gas emissions that exacerbate climate change. Instead, they have to “leapfrog” old, dirty forms of energy and go all-in on renewable forms of energy.

Since 1997, Freling has been the executive director of SELF, which works to provide access to solar energy in developing communities where the only source of light and electricity is likely to come from fossil-fuel burning kerosene lamps or diesel generators. The organization has worked in more than 25 countries across Asia, South America, and the Caribbean, and has been recently focusing on sub-Saharan Africa as well, Freling said.

SELF is one of a number of organizations using solar energy to alleviate poverty and empower communities. Let There Be Light International works to provide solar lights in off-grid communities in sub-Saharan Africa. In Puerto Rico, an organization called Casa Pueblo installed solar panels in 150 locations after Hurricane Maria, which ensured they still had electricity after a recent earthquake. Native Americans in the US, such as Henry Red Cloud of Red Cloud Renewable, are turning to solar energy to provide power and energy independence to their communities.

These efforts often address multiple development issues at once, including health care. SELF, for example, has electrified more than 150 medical clinics throughout the world, Freling said, including having recently worked with the United Nations Foundation to electrify 62 clinics in Ghana and Uganda.

In the village of Bukyerimba, Uganda, SELF installed a solar-powered water pump that will spare women and girls in the village from having to take long trips to the bush to find water sources, which increases their risk of exposure to sexual violence.

“We like to do things that really can create new models for people, and find new innovative ways of connecting the dots between access to modern energy and other development objectives,” Freling said. “Even though we work, maybe, at the micro-level, in a village or a small group of villages, we really want to create models that others can replicate, and to scale."

In the Kalalé District of Benin, in West Africa, SELF worked with a women’s farming co-operative to create the Solar Market Garden, a form of solar drip irrigation that could help the women grow valuable produce to feed their families and sell for income.

“We love to find ways where the use of solar energy can help generate income,” Freling said. “Of course we want to address basic needs for health, education, [and] clean water, but we’re also always looking for the innovative way where being able to tap into the power of the sun will pave the way for local communities to pull themselves up by their bootstraps, economically speaking.”

The organization has also designed and implemented a national solar training program in Haiti, one that it has been approached by Puerto Rico and Antigua and Barbuda about replicating. SELF ultimately aims to create prosperity and entrepreneurial opportunities through its projects.

“We have always taught local villagers and NGOs how to install and maintain these solar systems. We think that’s critical for sustainability,” Freling said. “We found that in many countries there’s a serious deficit of trained [solar] professionals, and so we decided that training is something that we could really add value for.”

While organizations like SELF work to eradicate energy poverty globally, GRID Alternatives is primarily focused on providing solar energy in the United States that can help low-income consumers and communities, primarily ones that are already on the energy grid.

Since 2004, the organization has installed enough solar power to benefit 15,000 households, according to Sarah Bucci, the communications director for GRID Alternatives.

“We really approach renewable energy as a solution to environmental and economic injustice, and what we call our triple bottom-line, which is ‘People, Planet, and Employment,’” Bucci said.

GRID Alternatives sees its work as not only beneficial for the environment, but in “being able to help people keep money in their pockets, and provide a pathway to economic development and opportunity,” Bucci said.

One obstacle to GRID Alternatives is the perception that solar energy is just for wealthy people, Bucci said. Because of this, the organization has to do a lot of outreach to homeowners to make them aware of the programs.

There is some truth to that perception that solar energy is for the wealthy.

“Less than half of US community solar projects have any participation from low-income households,” according to Yale Environment 360. “Of projects that do include lower-earning families, only about 5% involve a sizable share, or more than 10 percent.”

And in the US, switching to solar energy can actually exacerbate inequality, according to researchers at Portland State University.

“That's because the shift to renewable energy is done through incentives such as tax subsidies,” the researchers said in a press release. “This reduces energy costs for homeowners who can afford to install solar panels or energy-efficient appliances, but it also serves to drive up the prices of fossil fuel energy as utility companies seek to recapture losses. That means increased utility bills for the rest of the customers, and for many low-income families, increased financial pressure.”

GRID Alternatives “exclusively serve[s] low-income families and communities,” Bucci said. Every one of GRID Alternatives’ projects is of no cost to its clients, which allows them to benefit from the energy savings immediately.

The organization also provides training for every project it does, “to help our participants gain hands-on experience in renewable energy, to be able to open doors for access in the growing clean energy sector,” Bucci said.

Residential solar “can be a really great option” for those who own their home and have a house that is suitable for solar installation, meaning it receives ample sunlight and has ample space on the roof, and this residential solar will provide their owners with a credit on their utility bills for their solar power.

However, in the US, over one-third of the population does not own their home.

“Solar on affordable housing or multi-family units can be really helpful, benefiting tenants and renters,” Bucci said, so GRID Alternatives works with affordable housing providers to not only install solar but ensure that the tenants receive the electricity savings.

The organization also works to implement "community solar," arrangements in which members “subscribe to a share of a larger solar project,” enabling a large number of people to potentially subscribe to a given project. In these cases, GRID Alternatives often works with partner organizations, such as the Colorado Energy Office, the Denver Housing Authority, and the state of California, to develop and build the state’s first exclusively low-income community solar project.

“We kind of take the approach of being able to combine government resources, grants, sponsorships, and individual donations for basically all of the work that we,” Bucci said.

The UN includes access to clean and affordable energy as one of its Global Goals for Sustainable Development. For the families and communities that have benefited from SELF, GRID Alternatives, and similar organizations, the solar power they have access to will empower them economically for years to come, while sparing them from having to burn greenhouse-gas emiting fuels that will worsen climate change.

While there is still a great amount of work to be done in achieving the goal of clean, affordable energy for all, organizations like GRID Alternatives and SELF are helping to light the way to that goal.