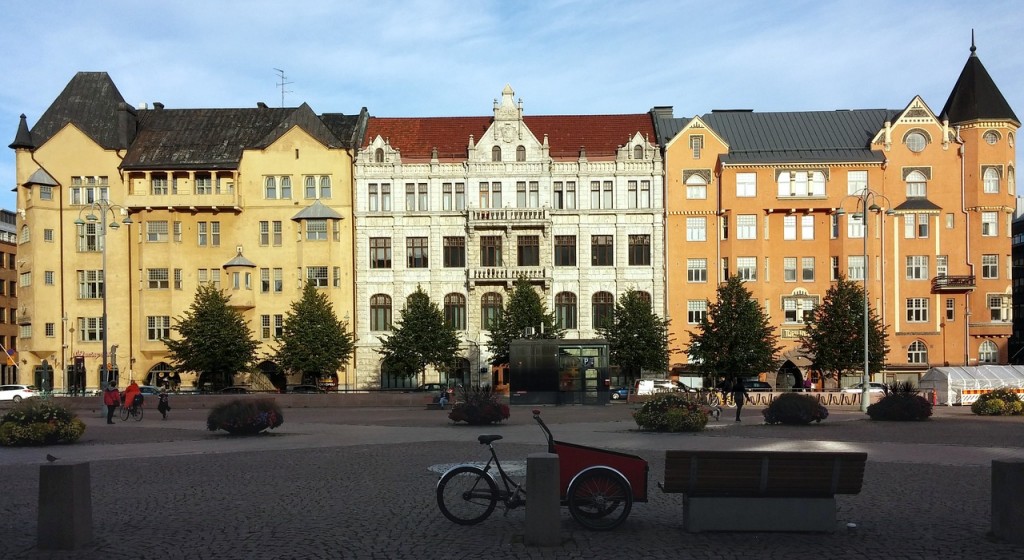 The Think Sustainably service looks like a digital guide to the city, but the primary factor is sustainability. The service filters content from the MYHelinski site to suggest companies like hotels, restaurants, stores, attractions, and events that are the most sustainable. The pilot version that launched in June 2019 only includes 81 participating service, but it will be expanded.

This is part of the government's Carbon Neutral Initiative to reduce emissions by 60 percent by the year 2030 and to be carbon neutral by 2035. Every Finn will have to reduce their carbon footprint a whopping 7.8 tons. This shift requires major structural changes and a major change in people's everyday actions according to the website.

The service provides a set of criteria for businesses to make their companies more sustainable. The guide states: "We believe that every service provider is ready for improvement – and this is why we wish to offer tools and a platform for each and every company to function even more sustainably."

The sustainability criteria were written by the think tank Demos Helsinki and has different categories for different types of businesses. Renewable energy applies to all.

Some of the criteria are easy to accomplish like changing to LED lights or having a vegan menu, some are more complicated and include carbon footprint calculations and compensations.

The app is very easy for residents and tourists to use according to the site and gives people a chance to spend their money in places that are working on reducing their carbon footprints. A business does not have to meet all the criteria to be considered sustainable, but it does have to meet 10 of 17. When a company accomplishes this goal, they are marked on the site with a green tag.

Some of the highest performers on the site are The Amos Rex Art Museum, the Design Museum and the Flow Festival which is the first carbon neutral festival according to Dezeen.

The city's Carbon Neutral Helsinki Initiative director Kaisa-Reeta Koskinen told Dezeen that the service was significant because the shift towards carbon neutrality would require major changes on how companies do business as well as a change in people's choices.

"Individual choices matter," she said. "If one person in each of the 2.6 million households existing in Finland would reduce their carbon footprint by 20 per cent, we would reach 38 per cent of the goals set for Finland in the Paris Climate Agreement for reducing emissions."

"Operating like a city-scale laboratory, Helsinki is eager to experiment with policies and initiatives that would not be possible elsewhere," Aalto said. "The city is able to effect change in this way because of its compact size, well-functioning infrastructure and well-developed knowledge-economy cluster."

Helsinki is working hard to promote a sustainable way of life for everyone and the app is just part of it according to the city There is a commitment to more energy efficiency in new or renovated buildings.

There is an ambitious goal to reduce traffic emissions by 69 percent by 2035. Electric cars will be promoted and charging networks will be expanded. Parking fees will be raised and walking, bicycle riding, and using public transportation will be promoted.

What the city is doing for clean energy production will also make a large dent in its carbon footprint. The coal is totally stop using coal and switching to wind and solar renewable energy.

If this partnership between the city and its residents— both businesses and residents – takes hold with initiatives like the Think Sustainably App, it will go a long way towards meeting the carbon neutral goal. This type of program can be implemented by other cities in Finland, all of Europe, and beyond.

Fertiliser could be used to power ocean-going ships