A rise in teenage pregnancies is expected as healthcare resources are diverted to COVID-19. 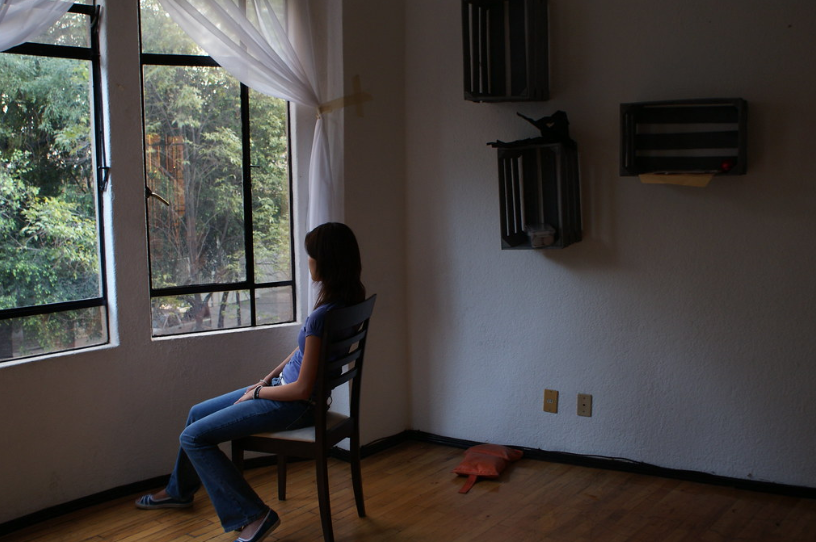 When her 11-year-old daughter's belly began to grow in May, Paloma discovered the unimaginable - the girl had been raped by her stepfather.

Paloma, whose name has been changed, took her daughter to a public hospital in Mexico's western Michoacan state, but the child was denied an abortion.

By law, Mexico's public hospitals must provide abortions for rape survivors - and also when the mother's health is at risk, and, in some states, if a fetus is seriously deformed - but in practice, many refuse to.

Last year, a total of 470 legal abortions were carried out in the public health system in Mexico, a nation of 126 million people, health ministry figures show.

Across Latin America, restrictions during normal times mean getting a legal abortion is difficult, but it is even harder during coronavirus lockdowns, according to experts.

With more than 4.3 million COVID-19 cases, Latin America and the Caribbean have become a global hotspot for infections.

Experts warn of a rise in teenage pregnancies as health care resources are diverted to deal with COVID-19 and access to abortion and contraception become more limited, even though most Latin American countries allow abortions in cases of rape.

"Unfortunately, there's still a lot of ignorance among the population and in health services over the law," said Karla Berdichevsky, who runs Mexico's health ministry's National Center for Gender Equity and Reproductive Health.

For the 11-year-old girl, women's rights nonprofit Las Libres arranged for her, at 17 weeks pregnant, to get care at a private clinic in Mexico City in June amid the pandemic.

"They are exactly the ones who need more access, more guidance, more of everything from the state and no, it's the other way around."

Teenage girls across the region struggle to get contraception, which is given out for free by some health providers and in clinics run by the government or nonprofits.

In Colombia, for example, fewer than a third of girls aged 15 to 19 report using contraception in a country where nearly one in every five teenage girls is a mother or is pregnant.

"We had high unmet needs in family planning for adolescents. However, this gets worse with the pandemic," said Alma Virginia Camacho-Hubner, regional advisor on sexual reproductive health for the United Nations Population Fund (UNFPA).

Mexico's government estimates there could be nearly 22,000 more unwanted pregnancies than normal in 15- to 19-year-olds this year and next due to lack of access to contraception.

Across Latin America, 18 million women and teenage girls could stop using contraception due to the pandemic, which could lead to more than 600,000 unwanted pregnancies, UNFPA estimates.

Latin America's high teenage pregnancy rates are driven by a lack of access to birth control, sexual violence and a lack of education on girls' rights.

Teenage girls often get pregnant as a result of rape at the hands of relatives at home, and lockdowns and school closures mean girls are home with abusive family members.

"Homes are not safe places right now, and girls and women are now trapped at home with their abusers," said Daniel Molina, gender and masculinities expert at children's charity Plan International.

Reports of sexual violence during the coronavirus lockdowns have increased although there is no data showing how many result in teenage pregnancies.

In many countries government-run hotlines have been inundated with calls reporting sexual violence.

Peru's hotline received 17,000 calls about sexual violence against children during the first 107 days of lockdown.

In Colombia, nearly 22 cases involving sexual abuse against girls were reported per day on average from the start of the lockdown on March 25 until June 23.

A Plan International online survey conducted in June of 350 teenage girls in 12 countries, including five Latin American countries, showed most of them were worried about gender-based violence during the pandemic.

There were added fears that poverty due to the economic fallout from COVID-19 means girls become more vulnerable to being pushed into wedlock or to live with a partner as their parents become too poor to feed them.

Across the region, an additional 50 million people will become poor or extremely poor due to the economic impact caused by the pandemic, according to U.N. estimates.

"Girls are seeing early marriage and unions as a way out of poverty. But when they get there, they see that there is another space of abuse," Molina said.