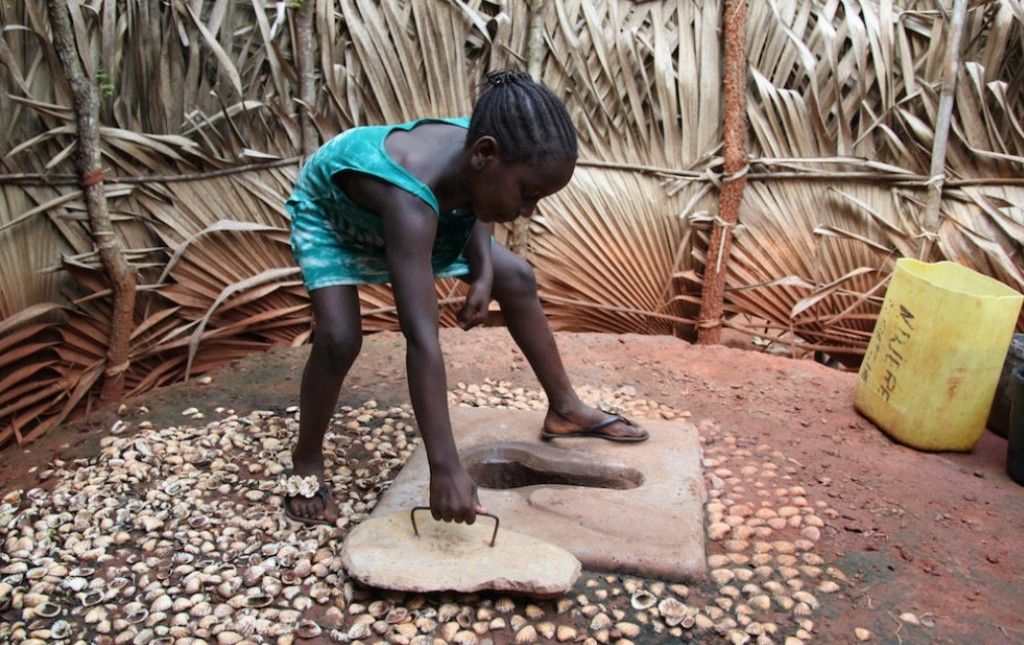 Since February, 76 Eaziflush toilets have been installed at nine schools in the town of Lady Frere as part of a privately funded project, according to News24. The toilets only use 1 to 2 liters of water per flush, last seven to 12 years, can be installed in homes or nearby buildings, and are easier and more affordable to maintain than pit latrines.

There are 620 million school children worldwide who do not have access to a toilet at school. At the schools in South Africa where the new toilets were installed, students relied on inadequate handwashing facilities and run-down pit latrines in crumbling structures. Open-pit latrines are toilets with platforms that sit above holes in the ground collecting human waste.

"An education can transform the life of a child and lift them and their family out of poverty, but without the basics of water, soap, and toilets, students drop out or are frequently sick," Sarina Prabasi, US CEO of WaterAid, said in a statement released to Global Citizen.

Eaziflush toilets are ideal for rural communities in South Africa that don’t have water access. The toilets use water that’s stored in large plastic water tanks, retrieved from boreholes, or delivered by trucks.

With Eaziflush toilets, you “get the benefit of a flushing unit by using recycled water, or what we call grey water,” Billy Qiqimana who is managing the project in Lady Frere, told News24. “This is water that people use to wash, or that you harvest from rain.”

"They [South Africans] call it [Eaziflush] 'the safe toilet' because they don't have to accompany children who want to use it,” Qiqimana said.

Pit latrines cannot be installed near people’s homes because they are unsafe, especially to children, and challenging to clean, Qiqimana explained. They are often poorly insulated and leak harmful substances into groundwater supplies that can infect people with water-borne illnesses and diseases. It is also difficult to remove toilet paper or sanitary products from pit latrines.

Women and girls tend to avoid pit latrines –– because they put them at risk of of sexual assault and harassment –– and resort to defecating in the open, which still increases their chances of rape and violence.

After several children fell into pit latrines and died in the country, sparking national outrage, the South African government has moved to eradicate pit latrines in all schools. More than 4,500 schools in South Africa had pit latrines in 2018, but education departments have inconsistently reported the lack of proper and safe toilets, and in some cases downplayed the severity of the issue.

Qiqimana hopes to get the government more involved in installing Eaziflush toilets in schools across the Eastern Cape, and the Department of Water and Sanitation said it will look into the project.

"The schools are over the moon about these toilets," Qiqimana said.