The Swedish teen climate activist says she hopes the award helps her "do more good in the world." 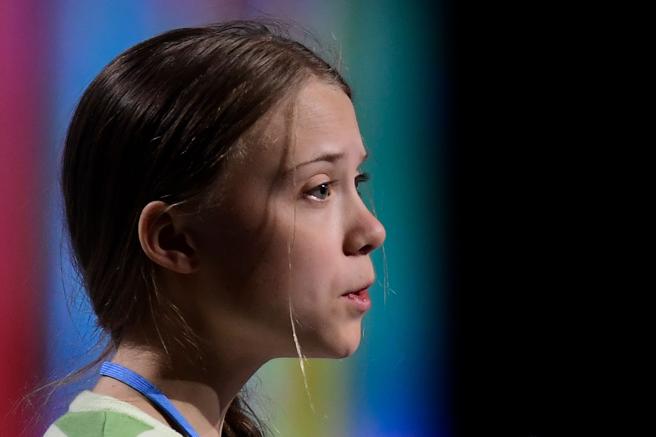 Swedish teen activist Greta Thunberg said on Monday she would donate 1 million euros ($1.14 million) from a new prize she has won to groups tackling climate change and defending nature.

The first projects to benefit from Thunberg receiving the inaugural Gulbenkian Prize for Humanity are medical aid for Indigenous communities in the Amazon battling the coronavirus pandemic and a push to make "ecocide" an international crime.

The 17-year-old said in a video posted on Instagram that the award was "more money than I can even begin to imagine" and she hoped it would help her "do more good in the world."

"All the prize money will be donated through my foundation to different organizations and projects who are working to help people on the front lines affected by the climate crisis and ecological crisis, especially in the Global South," she said.

One of Thunberg's first two donations of 100,000 euros each will go to SOS Amazonia, a crowdfunding campaign launched in June to buy medical supplies and provide telemedicine services to residents of Brazil's Amazon rainforest.

The second will back the Stop Ecocide Foundation, which is lobbying for the Hague-based International Criminal Court to prosecute people responsible for large-scale destruction of the natural world.

Thunberg was selected from 136 nominees in 46 countries for the prize, launched by the Calouste Gulbenkian Foundation, a Portuguese philanthropic organization.

The annual prize aims to recognize people and groups worldwide whose contributions to mitigating and adapting to climate change stand out for innovation and impact.

Jorge Sampaio, chair of the prize jury and former president of Portugal, called Thunberg "one of the most remarkable figures of our days" for her ability to mobilize younger generations in support of action to tackle climate change.

On Friday, Thunberg marked the 100th week of the student climate protests she started by holding a solitary vigil outside the Swedish parliament in mid-2018.

Her example has inspired millions of young people around the world to skip classes on Fridays to hold marches calling for political attention to stop the warming of the planet. Coronavirus restrictions have now forced those efforts online.

Thunberg has also addressed UN summits and politicians, from Europe to North America, urging them to heed scientists' warnings on the need for a swift response to avert the worst effects of wilder weather and rising seas as the Earth heats up.