The East West Market, an independent grocery store in Vancouver, wanted its customers to use fewer plastic shopping bags, so it printed a limited series of bags with embarrassing logos that would make people disinclined to take them. 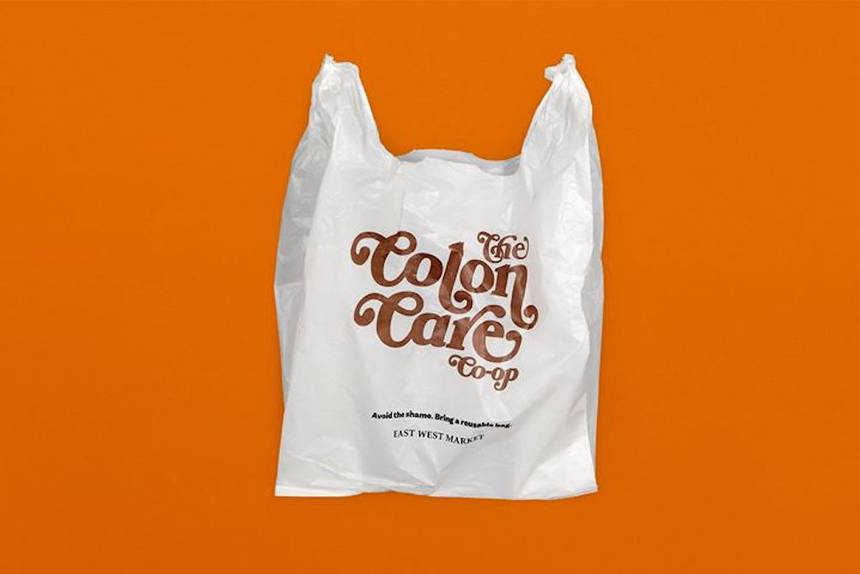 According to store owner David Kwen, the plan wasn't to embarrass customers so much as it was to spark an important discussion. The five-cent charge hadn't worked to discourage people from taking bags, so Kwen hoped the messages on them would. He told the Guardian,

"We wanted to give them something humorous, but also something that made them think at the same time. It’s human nature not to want to be told what to do."

It's a clever idea, but in the case of the East West Market, the plan has backfired. People love the bags so much that they have asked to special-order them. Online commenters have said they would "100 percent not use reusable bags, just to see which awesome bag I get next," or even take extra bags to give away as novelty items. Kwen admitted to that "some of the customers want to collect them because they love the idea of it."

As the plastic crisis continues to mount, individuals, businesses, and governments are all looking for ways to cut down on plastic use. The Canadian Liberal government just announced plans to phase out single-use plastics, starting in the next two years. It joins 40+ other countries that have banned or restricted the use of plastic shopping bags. Meanwhile, studies continue to be published revealing just how prevalent plastic contamination is in the world, such as one from the University of Victoria, Canada, that found people ingest an average of 50,000 microplastic particles per year.

The East West Market has the right idea, in theory, to make plastic bags embarrassing, but perhaps its definition of 'embarrassing' needs to be reconsidered. When a commenter on the grocer's Facebook page asked how to order bags and have them shipped to Texas, someone else responded, addressing Kwen directly:

"It's become apparent that the messaging on your bags needs to change depending on where your store is located. If you expand and open a store in Texas (for example), you might want to consider the following: 'Drought Worshipers of America' [and] 'Support a lower state speed limit'."