The man who adopts senior dogs who cannot find homes 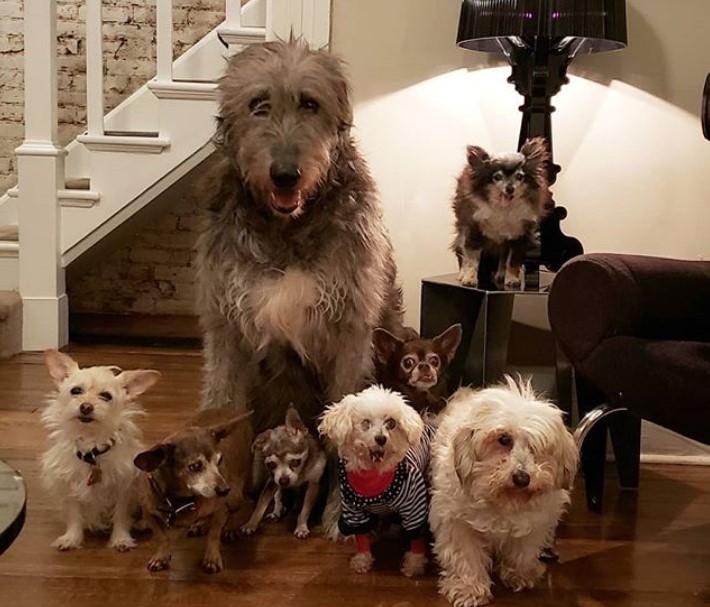 If you want to share your life with a pet, then shelter animals are the way to go. Most people go to a shelter to adopt one or two animals to bring to their homes but how many people would consider taking home all the senior dogs in the shelter? One man did.

Often times, senior dogs and animals with special needs get overlooked at shelters by those looking to adopt. Knowing this, Colorado resident, Steve Grieg, 55, has found his calling by providing a comfortable and loving place for senior animals to live out their golden years.

To spread the message and encourage others to do the same, Grieg created an Instagram page that has gained over 900,000 followers according to The Dodo. His photos chronicle day to day life with his adopted family. From trips to the bookstore or the beach to just hanging around the house, Grieg’s Instagram tells the many adventures that he shares with his furry and feathery friends.

Grieg’s quest to open his home to animals in need started when one of his dogs, a miniature Pinscher named Wolfgang, passed away according to ABC News. Anyone who has had a pet knows that they have a special place in your heart. When they pass away, it feels like losing a family member.

"I was so distraught, but I wanted to find a way for something great to happen, to give his death meaning," he told ABC News. "So I decided to go to the shelter and adopt the oldest, least likely to be adopted dog there."

This is when he met Eeyore, a 12-year-old Chihuahua with a heart murmur and four bad knees. Grieg took him home to his rented farm property.

But he didn’t stop at Eeyore, either. "It just took off from there," Greig said. "Whenever I came across a dog that didn't look like it was going to find a home, I took it in."

Greig has always had dogs. Before he started taking more in, he typically had three or four at a time! Now, he shares his home with ten senior dogs that he has rescued and provided with a good life.

“They’re just wiser animals. You kind of know what you want out of life once you become a certain age. These dogs know who they are, and it’s easy to develop a relationship with a person or pet who knows who they are,” he told The Dodo.

After he began taking in senior dogs, Greig also started giving a home to other animals in need. In addition to his pups, Grieg also spends his days with Bikini the pig, Stuart the rabbit, Betty the chicken, and Tofu the turkey. He also has two calico cats and a pond full of fish.

Bikini fits right in with the dogs and has formed a special bond with Grieg's Irish Wolfhound, Enoch. Grieg’s Instagram page is full of images showing all kinds of unique relationships that have developed between the different animals living together in his home.

“They just make it feel like home. It’s just fulfilling knowing that these guys are happy and loved and well-taken care of. It makes my days worthwhile.”

Providing a home for these animals in need has given Grieg a real sense of purpose. So the next time you go to an animal shelter to adopt a new family member, consider a senior dog or two.