A very special coffee company located in the rainforest in Gorongosa National Park in Mozambique is planning on building 100 new schools. 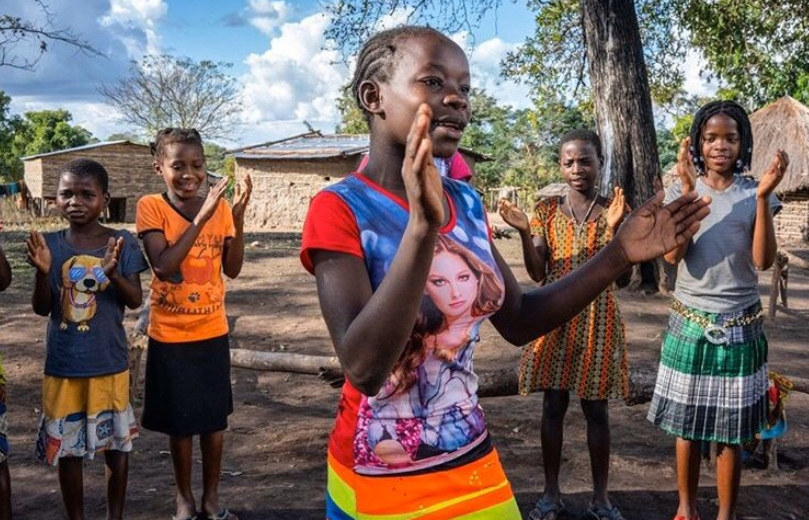 Gorongosa Coffee is produced by small-scale farmers and every bag of beans sold globally benefits rainforest deforestation, wildlife conservation, or girl’s education according to the company. In fact, 100 percent of the profits go back into the national park to benefit the region and the people who live there.

The profits from the Girls Run the World blend are being used to build the new schools that, according to Global Citizen, will educate children in the communities where the farmer’s produce the coffee. It will also fund access to after-school programs to mentor 20,000 girls and provide 500 high school scholarships for boarding schools for every girl in the region, as there are no girls’ secondary schools in the area.

Many girls in Mozambique drop out of school by the fifth-grade because many families cannot afford secondary school for their daughters. And child marriages are prevalent in the country with 48 percent of girls married by age-18 and 14 percent by age-15 according to the organization Girls Not Brides.

The company’s mission, Eric Wilburn, director of Gorongosa Coffee, told Global Citizen, is for every girl who lives in the national park to complete high school. It could take 15-years for that goal to be fully recognized.

"It costs right now about $500 a year to send the girl to boarding school in Mozambique, and that's for tuition, room and board, clothes, books, travel — yet most of these families earn less than $1 a day," he said.

The coffee project’s website tells the story of its founding in Gorongosa National Park – one of the most biodiverse places on the planet – and about the resiliency of the people and land of Mozambique.

After the 17-year civil war ended in 1992, the land and the people were scarred and suffering. It took a few years but a ground-breaking conservation project to restore the wildlife and ecosystems in Gorongosa National Park began in 2008.

Part of the restoration included investing in the health, education, and employment opportunities of the people who live there, the company said. This, “empowers them to be the guardians of Gorongosa.”

In 2015, the project partnered with local farmers and coffee growing experts to plant coffee on Mount Gorongosa with the goal of restoring the rainforest that had been destroyed by the war and unsustainable farming practices as well as to give farmer’s a dependable income source.

Coffee thrives in the region, and today, farmers are planting 200,000 coffee plants a year along with 100,000 rainforest trees that help the coffee grow. The Gorongosa Trust was set up to fund all the conservation and community efforts. Besides providing steady income and restoring the forest's vegetation, the project is also supporting wildlife and the communities in the national park by building schools and empowering local girls.

The programs to help girls set up by the coffee company are already working. "We've known the girls for some time now, so now we can see that they are already more confident. They want to know more about the world," Larissa Sousa, the girls education program manager at Gorongosa National Park, told Upworthy.

"In the beginning, you would greet the girls and they would run away. They're open now to opportunities. They want to know more of life…they're curious. It's very interesting how some of the girls already come and say, oh I want to be a doctor, I want to be this, because now they see this is possible so that's what makes us work harder every day," Sousa said. "Educating a woman is educating a society."

It’s hard to believe but all of this can be accomplished just by purchasing bags of coffee beans and brewing them one cup of coffee at a time.