The Florida Department of Health (DOH) said one person in Hillsborough County had contracted Naegleria fowleri. 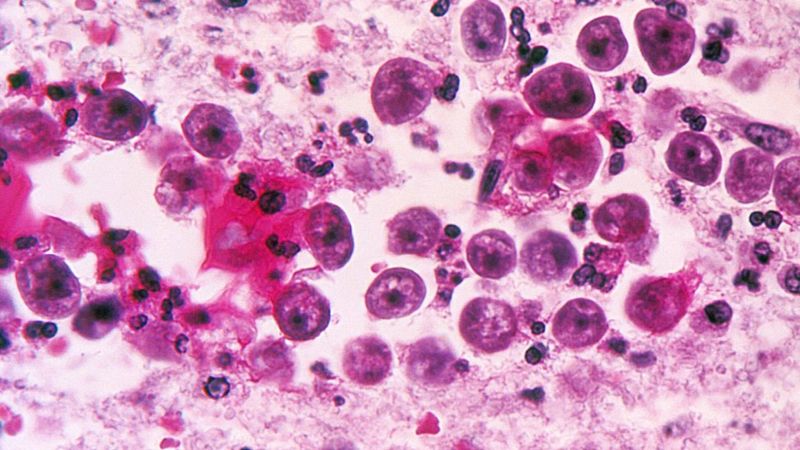 The microscopic, single-celled amoeba can cause an infection of the brain, and is usually fatal.

Commonly found in warm freshwater, the amoeba enters the body through the nose.

The DOH did not outline where the infection was contracted, or the patient's condition. The amoeba cannot be passed from person to person.

Infections are typically seen in southern US states. They are rare in Florida, where only 37 cases have been reported since 1962.

But given the potentially deadly consequences of infection, the DOH issued a warning to residents of Hillsborough County on 3 July.

Health officials urged locals to avoid nasal contact with water from taps and other sources.

This includes bodies of open water such as lakes, rivers, ponds and canals, where infections are more likely in the warmer summer months of July, August and September.

Those infected with Naegleria fowleri have symptoms including fever, nausea and vomiting, as well as a stiff neck and headaches. Most die within a week.

The DOH has urged people who experience those symptoms to "seek medical attention right away, as the disease progresses rapidly".

"Remember, this disease is rare and effective prevention strategies can allow for a safe and relaxing summer swim season," the DOH said.

Naegleria fowleri infections are rare in the US, according to the US Centers for Disease Control and Prevention (CDC).

U.S. Asbestos Sites Made Risky by Some Remediation Strategies, According to Stanford Researcher