"Buy one get one free" deals on unhealthy food will be banned as part of the government's bid to tackle obesity in England. 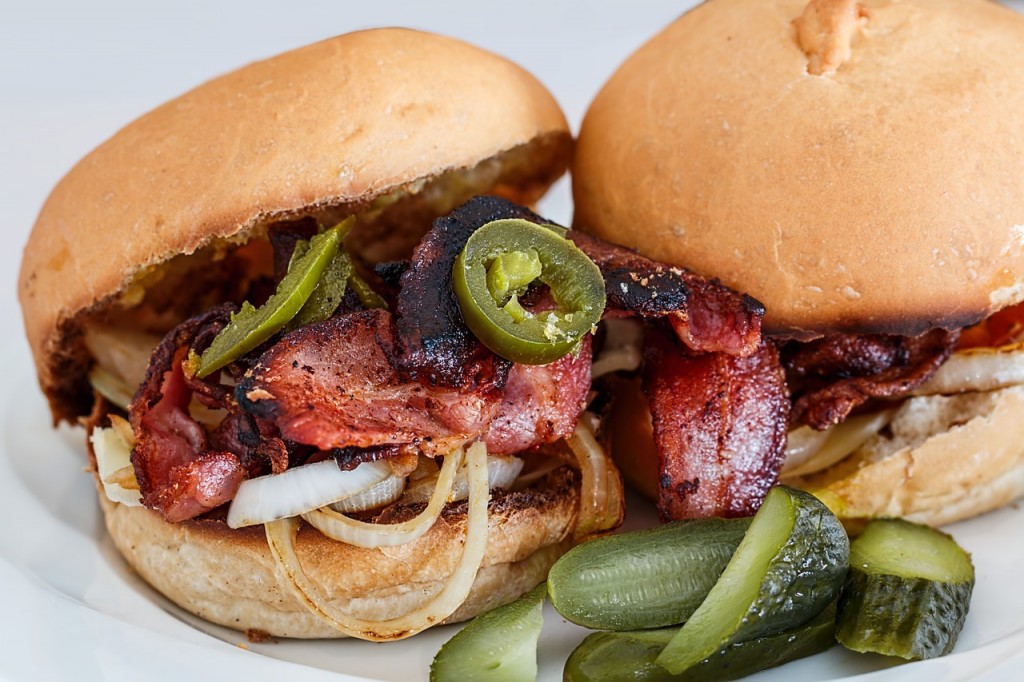 The plan also includes restrictions on where foods high in fat and sugar can be promoted in-store, and new rules for displaying calories on menus.

A ban on junk food adverts before 21:00 has been confirmed - for the whole UK.

Boris Johnson said the plans would help "reduce our health risks and protect ourselves against coronavirus".

The prime minister has unveiled the strategy amid growing evidence of a link between obesity and an increased risk from Covid-19.

Government statistics showed nearly 8% of critically ill patients in intensive care units with the virus have been morbidly obese, compared with 2.9% of the general population.

The other measures being taken are:

A consultation on whether to stop fast food adverts online altogether

A consultation on making calories labelling on alcohol drinks mandatory

Greater incentives for GPs to tackle excess weight, including the use of apps and exercise-on-referral

Labelling of calories on menus will apply to any restaurant, cafe or takeaway chain with more than 250 employees, and another new consultation will be launched around plans to provide the same information for alcoholic drinks.

The move marks a change in stance by the prime minister, who has previously criticised levies on foods high in salt, fat and sugar - and described his views on tackling obesity as "libertarian".

But Mr Johnson's experience in intensive care during his treatment for Covid-19 is thought to have contributed to his changing position.

Writing in the Daily Express, he said: "We all put things off - I know I have. I've wanted to lose weight for ages and, like many people, I struggle with my weight.

"I go up and down, but during the whole coronavirus epidemic and when I got it too, I realised how important it is not to be overweight."

If implemented this will mean radical changes to the way food is marketed.

Most of the proposals were first set out in a policy paper in 2018 and put out to consultation before getting stalled.

The key is how businesses react this time, having previously been against the measures. The Food and Drink Federation has again given a hostile response.

But what about advertisers whose freedom to promote some food products will be severely limited?

A doyen of the industry Sir John Hegarty has come out in favour of a ban on TV ads of unhealthy food before the 9pm watershed. He said there was a growing health crisis.

Much of the drinks industry has already accepted the need for calorie labelling.

Just as Boris Johnson and other Conservative politicians have moved from a libertarian non-interventionist approach to a call for action on obesity, the business lobby could be shifting as well.

Sue Eustace, director of public affairs at the Advertising Association, said the "extreme" and "unnecessary" measures would have little effect in reducing obesity, and warned they could have "wide-ranging ramifications" for food businesses and online publishers trying to financially recover from the pandemic and the lockdown.

"We have some of the strictest [advertising] rules in the world already and children's exposure to high fat, salt, and sugar adverts on TV has fallen by 70% over the last 15 years or so, but there's been no change to obesity, so we don't think these measures are going to work."

She warned that the measures could affect a "whole range" of household products that people do not necessarily view as junk food, and questioned whether this would restrict businesses like local fish and chip shops from putting their menus online for customers.

A calorie is defined as the amount of energy it takes to heat 1g of water by 1 degree Celsius.

The calories listed on food products are actually kilocalories (1,000 calories or kcals) - the energy needed to heat 1kg of water by 1 degree Celsius.

The calorie content of a food can be found by burning it and measuring how much heat is released.

Foods such as fruits and vegetables have fewer calories than, for instance, cakes or biscuits, which have a high fat or sugar content.

Carbohydrate contains 3.75 kcal (16 kJ) per gram (for the purposes of food labelling this is rounded up to 4 kcal per gram)

If we consume more calories than we burn up through everyday activity or exercise, we put on weight.

Knowing how many calories are in the products we eat can help us keep track.

But, writing in The Daily Telegraph, Health Secretary Matt Hancock said: "This deadly virus has given us a wake-up call about the need to tackle the stark inequalities in our nation's health, and obesity is an urgent example of this.

"If everyone who is overweight lost five pounds it could save the NHS more than £100 million over the next five years. And, more importantly, given the link between obesity and coronavirus, losing weight could be life-saving.

"Obesity is one of the greatest long-term health challenges that we face as a country."

Health experts have welcomed the moves, but some said the government should go even further, while others questioned whether the Treasury's 'Eat Out to Help Out' initiative - granting everyone 50% off meals in restaurants, including fast food outlets, throughout August - would undermine the effort to get people to lose weight.

Adam Briggs, of the Health Foundation think-tank, said the strategy was "likely to be a missed opportunity".

He said there were multiple factors that contributed to obesity, adding that it was important to also address the role of economic and social factors, like poverty and unemployment which "drive poor health and inequalities".

He also pointed out that public health budgets held by councils had been cut over the years.

BMI is calculated by dividing a person's mass in kilograms by the square of their height in metres.

Professor Dame Parveen Kumar, chairwoman of the British Medical Association's Board of Science, said: "The BMA has long been calling for new ways to tackle obesity and we are delighted to see that the government has sat up and listened.

"What we need now is for this strategy to be actioned as quickly as possible, with the promised expansion of NHS services delivered in full, with adequate resources and funding, to ensure that those struggling with their weight can get the support they need and deserve."