The number of children hospitalised with respiratory problems doubled from 2018 to 2019. 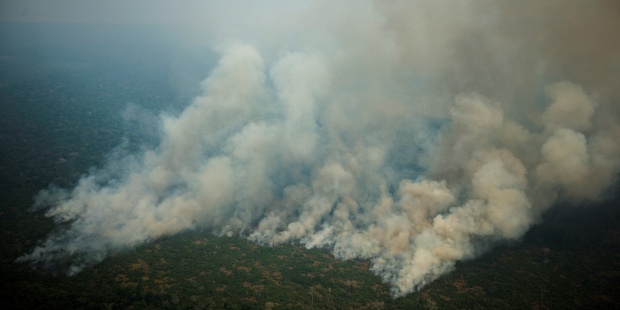 Children in Brazil are facing increased respiratory illnesses due to fires in the Amazon region, according to a recent study.

The number of children hospitalized with respiratory problems in areas most affected by the fire during May and June this year doubled compared to 2018 figures, according to a study coordinated by the Climate and Health Observatory of the Oswaldo Cruz Foundation.

“Children are more sensitive to external factors, such as pollution, since their immune system and their respiratory system are still under development,” said Christovam Barcellos, one of the researchers involved in the study, to the Lancet.

The wildfires in the Amazon — the largest tropical rainforest in the world — caused a public outcry by environmentalists and more broadly by the public on social media. Although fires are common during the dry season, this year has been a record, with more than 165,000 fires burning.

The report states the pollutants “can worsen heart disease, inflammation of the airways, systemic inflammation and neuro-inflammation, endothelial dysfunction, coagulation, atherosclerosis, alteration of the autonomic nervous system, and damage DNA, with carcinogenic potential.”

Researchers analysed data from 100 cities in Brazil most affected by the fire, located in or surrounding the Amazon, in the states of Pará, Rondônia, Maranhão, and Mato Grosso.

While the overall number of hospitalizations doubled, children in some cities bore the brunt of the impact of the fires, with an increase in hospitalizations by five times the average amount.

Barcellos said the numbers are likely to be much higher as the study sourced data from the country’s public health system, and data from private hospitals and health clinics were not included, which would account for an increase.

He also stated that many children do not have access to the public health system. “Many people in the region live in small towns, or in indigenous reservations and mining areas, kilometres away from public hospitals and healthcare facilities,” Barcello said.

In addition, the Lancet reports the vast majority of towns in the Amazon region have a population under 5,000 people and that traveling to an urban center to seek medical care is not always feasible.

In August, the World Health Organization (WHO) previously warned that the fires pose a health risk to children. At the time, it was based on anecdotal reports of increased respiratory diseases in children, rather than systemic monitoring, which this research now shows.