An infectious disease that can harm the brain and is spread to people by tick bites has been identified in ticks in the UK for the first time. 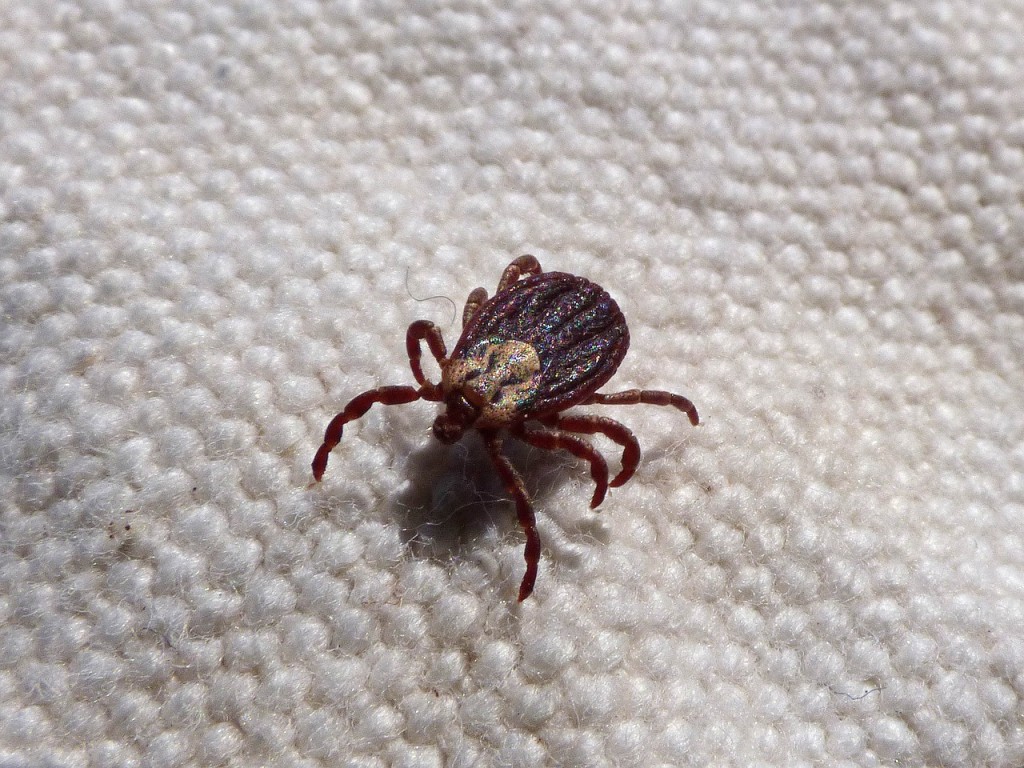 Public Health England (PHE) says it has confirmed cases of tick-borne encephalitis virus in ticks from two parts of England - Thetford Forest and an area on the Hampshire-Dorset border.

PHE says the risk to people is still "very low".

It is monitoring the situation to check how common the infected ticks may be.

A tick is a tiny, spider-like creature that lives in undergrowth and on animals, including deer and dogs.

People who spend time walking in countryside areas where infected ticks can be found are at risk of being bitten and catching diseases they carry.

Tick-borne encephalitis virus is already circulating in mainland Europe and Scandinavia, as well as Asia.

Evidence now shows it has reached the UK.

How it got here is less clear. Experts say infected ticks may have hitched a ride on migratory birds.

Earlier this year, a European visitor, who has since recovered, became ill after being bitten by a tick while in the New Forest area, Public Health England says.

Ticks are becoming more common across many parts of the UK, largely due to increasing deer numbers. Being bitten by one doesn't necessarily mean you will get sick.

Dr Nick Phin, from Public Health England, said: ''These are early research findings and indicate the need for further work. However, the risk to the general public is currently assessed to be very low."

Most people who catch the virus will have no or only mild flu-like symptoms. But the disease can progress to affect the brain and central nervous system and can sometimes be fatal.

Ticks can also carry other diseases that can make people ill including Lyme disease.

Dr Phin said: "We are reminding people to be 'tick aware' and take tick precautions, particularly when visiting or working in areas with long grass such as woodlands, moorlands and parks."

To reduce the risk of being bitten, cover your skin, tuck your trousers into your socks, use insect repellent and stick to paths

If you are bitten, remove the tick with fine-tipped tweezers or a tick-removal tool found in chemists

Clean the bite with antiseptic or soap and water

Ticks feed on the blood of animals and people.

They cannot jump or fly but live in vegetation and wait for a passing animal or human to climb on to.