UK private school told girls university is 'not for females'

Female students at Redstone Academy feel they are at a disadvantage compared to boys. 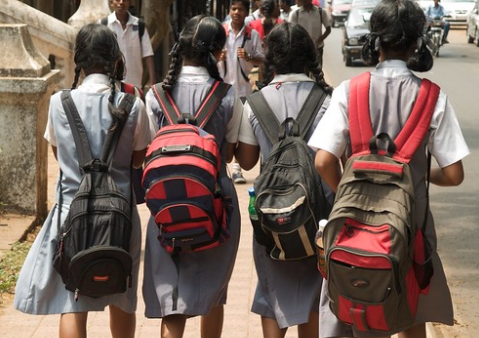 A private school in the city of Birmingham, England, has been “unlawfully segregating” boys and girls, according to recent government inspection.

The UK’s Office for Standards in Education (Ofsted) observed that girls were treated less fairly than boys at the Islamic secondary school Redstone Academy, the BBC reported. At the school, where 152 students between the ages of 11 and 16 are enrolled, boys and girls are segregated by sex for all school activities except for weekly assemblies. Ofsted also said Redstone Academy did not offer quality education or a safe environment.

Redstone Academy headmaster Saadat Rasool said Ofsted’s report is inaccurate and he did not intend to break the law, according to the Telegraph.

“Boys enjoy school more than girls,” the 13-page report said. “This is because they are treated favourably and have more privileges. Boys have more opportunities to play sport.”

Ofsted’s report revealed that girls at Redstone Academy do not receive the same access to extracurricular activities as boys. Girls are not allowed to participate in the same sports, like jiu-jitsu or soccer, and school trips are organized separately for boys and girls. One group of students also said a staff member told them “university is not for females.”

Girls expressed that they felt they were at a disadvantage and treated unfairly compared to boys, who get to pick where they will receive work experience first and who are not required to wear school uniforms.

By enforcing unlawful segregation, Redstone Academy violates the Equality Act 2010, according to Ofsted. The act’s primary purpose is to protect people against discrimination on the grounds of religion, sex, disability, sexual orientation, and age.

Sex-segregated schools and classrooms drain school resources, limit the education of both boys and girls, and deprive them of important experiences that prepare them for the real coeducational world, according to the American Civil Liberties Union (ACLU). School policies that segregate students based on sex perpetuate harmful gender roles that limit all children from reaching their full potential.

Headmaster Rasool told the Telegraph that Ofsted inspectors find it difficult to acknowledge the efforts of religious inner-city schools that are working to educate children with limited budgets and resources.

"We work very diligently to offer the best to both boys and girls at our school — and both are given equal opportunities to be successful in whatever they choose,” Rasool said.

Since the Ofsted report, Redstone Academy has put together a team to address any issues and make sure students and parents are satisfied with the education they provide, according to Rasool. He added that he has also submitted an application to run separate schools for boys and girls.