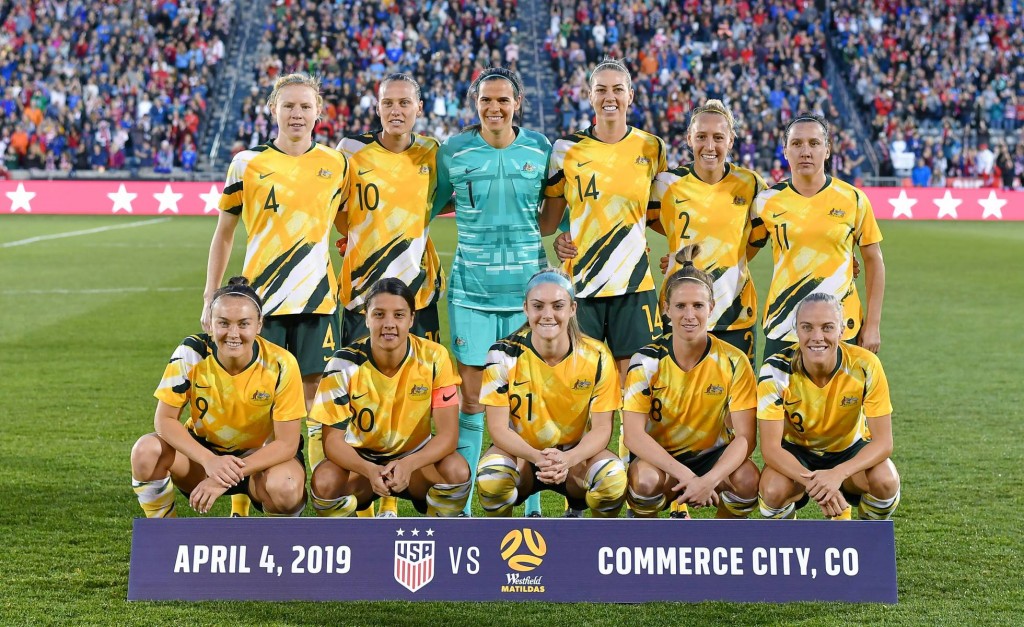 The Australian women’s soccer team will now be paid equally to the male team after securing a landmark deal Wednesday.

For the first time ever, Australia’s soccer governing body, the Football Federation of Australia (FFA) and the players’ union, Professional Footballers Australia (PFA), confirmed a new four-year deal that will close the pay disparity between Australia’s top women’s team, the Westfield Matildas, and the top men’s side, the Caltex Socceroos.

"The new agreement reﬂects football’s determination to address issues of gender equity in all facets of the game and build a sustainable financial model that rewards players as national team revenues increase,” the FFA and PFA announced in a shared media release.

The Matildas will now share an equal split of all commercial revenue with the Socceroos, receive the same level of coaching and admin support, and fly business class for international travel — a perk the men have long enjoyed.

The Matildas are the first top women’s soccer team ever to be guaranteed to earn the same as their male equivalents.

There have been debates around the Socceroos’ higher wages for many years.

The discourse came to a head after the Socceroos, who didn't win one match during the 2018 FIFA tournament, took home $8 million AUD for qualifying.

The Matildas, who made it to the final knockout rounds in the 2019 Women’s FIFA competition, were awarded just $1 million.

Beyond securing equal pay for both teams, FFA Chairman Chris Nikou said the new deal will help inspire the next generation of Australian soccer stars.

Under the agreement, 5% of the generated revenue will be reinvested in Australian youth national teams.

"Football is the game for everyone, and this new CBA (collective bargaining agreement) is another huge step toward ensuring that we live the values of equality, inclusivity, and opportunity," Nikou said in a statement. “With this CBA, the next generation of aspiring Australian kids can see a pathway that oﬀers a sustainable career, a chance to be an Olympian, and the lure of playing at a FIFA World Cup — regardless of your gender.”

“It means whether you are a male or female, the value football places on your jersey is no different. We are proud to break this new ground in Australian and world sport,” he added.

The landmark Australian agreement comes at a time when equality in sport is a key focus of public interest.

In March, 28 members of the United States women’s soccer team, which won the 2019 Women’s FIFA Cup, filed a gender discrimination lawsuit against the US soccer governing body, United States Soccer Federation, accusing it of workplace discrimination for paying women less than men for “substantially equal work.”