An agnostic and a pope come together to protect the environment. 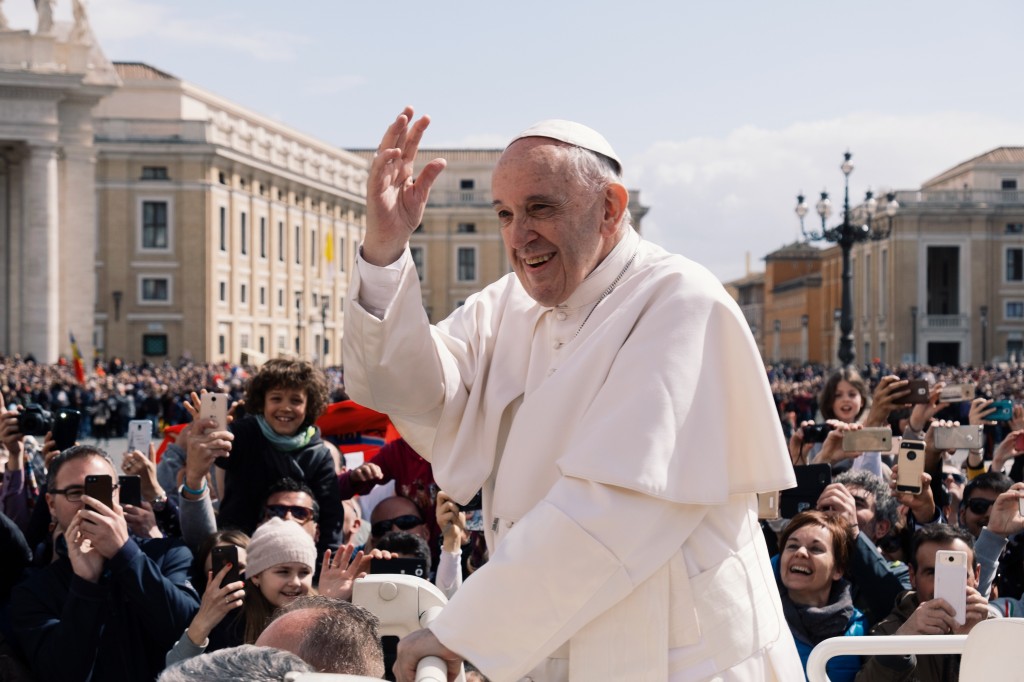 Photo by Ashwin Vaswani on Unsplash

Pope Francis is known for achieving many “firsts” — he’s the first Jesuit pope, the first from the Americas, and the first from the Southern Hemisphere. He also marked a milestone when he released his letter titled Laudato si’ (“Praise be to you”) in 2015, the first encyclical in the church’s history dedicated to environmental issues.

In the following years, Francis has continued to call for action against climate change, and has even developed an unusual partnership with Carlo Petrini, founder of the international Slow Food movement, to broaden his environmental appeal.

The partnership is one between “an agnostic and a pope, an ex-communist and a Catholic, an Italian and an Argentine, a gastronome and a theologian,” Petrini wrote in his new book TerraFutura. But despite their different ideologies, the two leaders have joined together to bring awareness to an issue that affects all of humanity.

On Saturday, the pope welcomed Petrini to the Vatican, and met with members of the Laudato si’ movement, which Petrini helped form, a group of communities that work at the local level to put into practice Francis’ calls for ecological sustainability.

Francis spoke to Petrini and the Laudato si’ members about the ways in which people and the planet are connected.

“The health of humanity cannot be separated from that of the environment in which we live,” Francis said at the event. “It is clear that climate change not only upsets the balance of nature, but also causes poverty and hunger afflicting the most vulnerable and sometimes forcing them to leave their home.”

He called for people to practice contemplation and compassion in their lives, to reconnect with the natural world and distance themselves from consumerism, social media, and profit-driven development that harms the world’s poorest the most.

Francis also denounced food waste, especially in wealthy countries. Roughly one-third of the food produced globally for human consumption every year gets lost or wasted, according to the United Nations. This is happening when more than 820 million people around the world do not have enough to eat, according to a 2019 UN report.

“Together let us help each other to fight against rejection and waste,” Francis said. “Let us demand political decisions that combine progress and equality, development and sustainability for everyone, so that no one be deprived of the land we inhabit, the good air we breathe, the water we have the right to drink, and the food we have the right to eat.”

Francis has emphasized the importance of environmental protection since the beginning of his papacy. After delivering the Laudato si’ encyclical, Francis added environmentalism, or “care for our common home,” to the Catholic Church’s traditional seven works of mercy in 2016. He has also considered introducing the sin against ecology into Catholic teachings.

This year on Sept. 1, the World Day of Prayer for the Care of Creation, an annual occasion established in the wake of the Laudato si’ encyclical, Francis spoke about the environment in the context of the COVID-19 pandemic.

“In some ways, the current pandemic has led us to rediscover simpler and sustainable lifestyles,” Francis said. “The crisis, in a sense, has given us a chance to develop new ways of living. Already we can see how the earth can recover if we allow it to rest: the air becomes cleaner, the waters clearer, and animals have returned to many places from where they had previously disappeared.”

Francis urged people to use the pandemic as a chance to reset their lifestyles and reexamine their relationships to energy use, consumption, transportation, and diet.

He also renewed his call for restorative justice through canceling the debts of countries that were previously exploited for their land, and protecting Indigenous communities from companies that are extracting natural resources in destructive and unjust ways. These communities are often on the front lines of climate change, as their lifestyles are often tied to the natural environment.

Francis recently denounced the way companies have been destroying the Brazilian Amazon, calling it “injustice and crime.” As the rainforest succumbs to the impacts of mining, logging, and agriculture, Indigenous communities are being displaced, subjected to heavy pollution, and killed.

Francis will release his upcoming encyclical, titled Fratelli tutti (“All Brothers”), on Oct. 3. The letter is expected to echo many of the themes he has been discussing in his general audience talks during the COVID-19 pandemic, including human fraternity, the equal dignity of all people, and care for the environment.