“It has been the role of universities for almost a millennium to challenge orthodoxy and think big.” 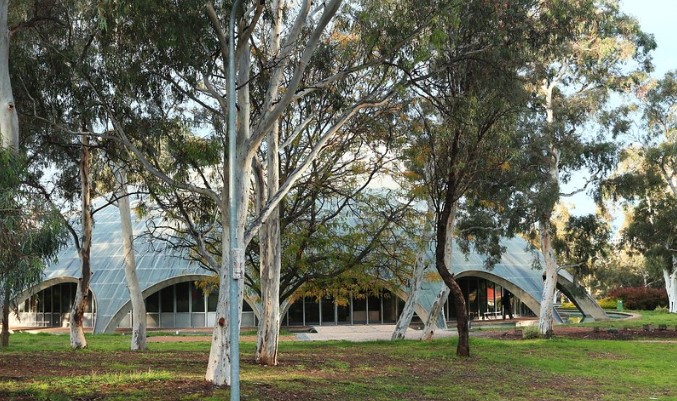 The Australian National University (ANU), one of Australia’s leading higher education institutions, has announced it will become carbon negative “well before 2050.”

The ambitious announcement was made by ANU Vice-Chancellor Brian Schmidt and Chancellor and former Australian Foreign Minister Julie Bishop to enormous applause during an annual State of the University address Friday.

Work to become carbon negative — which means to remove more carbon than the university emits each year — will begin immediately.

The first step will be to establish a detailed step-by-step plan for exactly how ANU can “not only become carbon neutral, but carbon negative, as fast as possible” — a task commissioned by Schmidt to the university’s Climate Change Institute.

"It has been the role of universities for almost a millennium to challenge orthodoxy and think big,” Schmidt said in an accompanying ANU article. “Facing up to the challenges isn't something we, the university sector, can wait for permission to do — our job is to get out in front of issues, and find answers before the calls for help.”

He added: “We — the global citizenry — are seeing a comprehensive failure of the global political system; a failure that has existential consequences for our collective prosperity. The university sector, in my opinion, will be amongst the most critical of all institutions if we are to find the pathways to a prosperous and sustainable global future.”

ANU isn’t the only Australian university to have committed to at least carbon neutrality.

By signing on to the letter, the universities have pledged to mobilise additional resources for “action-oriented climate change research,” go carbon neutral by 2030 or 2050 at the latest and increase the quantity of environmental and sustainable education across all facets of curriculum and campus life.

"In advance of the COP 26 (the 26th United Nations Climate Change conference), networks and institutions working in further and higher education are coming together to add their support to this letter that would be shared with key government officials and the media in advance of this event,” the SDG Accord writes on its website. “The aim is to get as many networks and institutions as possible on board in order to showcase the commitments towards the attainment of SDG 4 (Education) and 13 (Climate Change).”

Alongside Australian universities, eight student unions, 57 networks representing 16,000 institutions and 247 higher education colleges and universities from Bangladesh to Panama have signed on to the letter.