From ice melt to tropical storms, the report covers a lot of ground. 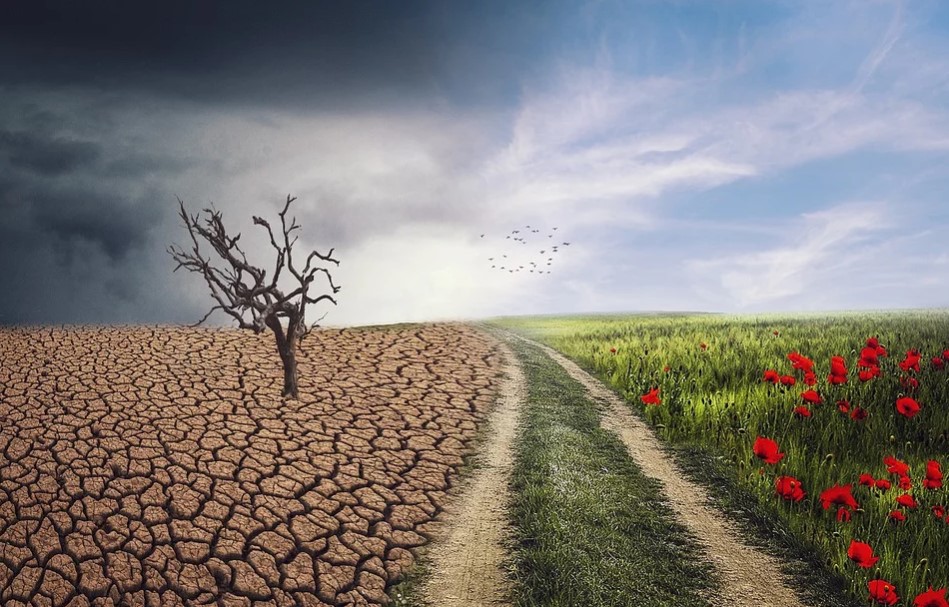 The world is already 1.1 degrees Celsius warmer than it was during its pre-industrial years, and current emissions levels suggest that the planet will warm by an estimated 4 to 5 degrees Celsius by the end of the century, according to a new report by the United Nations’ World Meteorological Order (WMO).

Such a rate of warming would cause catastrophic disruptions to the global environment — extreme sea level rise, storms, droughts, heat waves, and more — yet countries are doing little to avoid such an outcome.

In fact, even the commitments that countries have made through the Paris climate agreement are insufficient to meet the pact’s climate target of keeping temperature rise below 1.5 degrees Celsius.

“Climate change is the defining challenge of our time,” Antonio Guterres, the UN Secretary-General, said in the report’s foreword. “Time is fast running out for us to avert the worst impacts of climate disruption and protect our societies from the inevitable impacts to come.”

The new report — the WMO Statement on the State of the Global Climate in 2019 — is a review of scientific literature and events from previous years. It provides an overarching view of a planet in crisis undergoing seismic changes.

Here are six startling facts from the report.

Record-breaking temperatures have become the norm over the past decade as the planet warms at an exponential rate. Last year was the second-hottest year in recorded history, surpassed only by 2016.

The WMO predicts that the temperature record will again be broken within the next five years.

2. Carbon dioxide, methane, and nitrous oxide have reached record levels in the atmosphere.

These three gases are the primary drivers of climate change. As of 2018, carbon dioxide in the atmosphere was 147% higher compared to pre-industrial levels; methane was 259% higher; and nitrous oxide was 132% higher.

The WMO notes that 2019 levels increased, and the concentrations of each of these gases will continue to accumulate, locking in global warming for several decades. While the amount of carbon dioxide released into the atmosphere generally declined in 2019 compared to the year before, this decrease wasn’t consistent across countries.

“Last year emissions dropped in developed countries, despite the growing economy, so we have been to show that you can detach economic growth from emission growth,” Petteri Taalas, WMO secretary-general, said in a statement. “The bad news is that, in the rest of the world, emissions grew last year. So, if we want to solve this problem we have to have all the countries on board."

3. Sea ice has decreased for 32 straight years and ice melt is accelerating.

Ice melt in Antarctica, the Arctic, and Greenland is rapidly accelerating, which has caused sea level rise to increase around the world, the WMO reports.

Greenland alone lost 329 gigatons of ice in 2019, far above the annual average over the past few decades.

4. The ocean absorbs 90% of the heat caused by global warming and 23% of excess carbon emissions.

The ocean blunts the impact of climate change by absorbing the majority of excess heat trapped in the atmosphere by greenhouse gas emissions, and even absorbing nearly a quarter of the excess carbon dioxide, the WMO reports.

From Cyclone Idai to Hurricane Dorian, 2019 was a particularly active year for tropical storms, which caused severe harm to communities around the world.

6. 6.7 million people were displaced from their homes by natural disasters in 2019.

As natural disasters both become more common and powerful, vulnerable communities worldwide are being displaced at an increasing rate. Throughout 2019, 6.7 million people were internally displaced from their homes. Mozambique, Bangladesh, and countries through the Caribbean were especially hard hit by climate shocks.

While the WMO report outlines the challenges facing the planet, it also serves as a wake-up call for countries.

“I call on everyone — from government, civil society, and business leaders to individual citizens — to heed these facts and take urgent action to halt the worst effects of climate change,” Guterres wrote. “We need more ambition on mitigation, adaptation, and finance in time for the climate conference (COP26) to be held in Glasgow in November. That is the only way to ensure a safer, more prosperous, and sustainable future for all people on a healthy planet.”