Saving the giant panda is one of the big success stories of conservation. 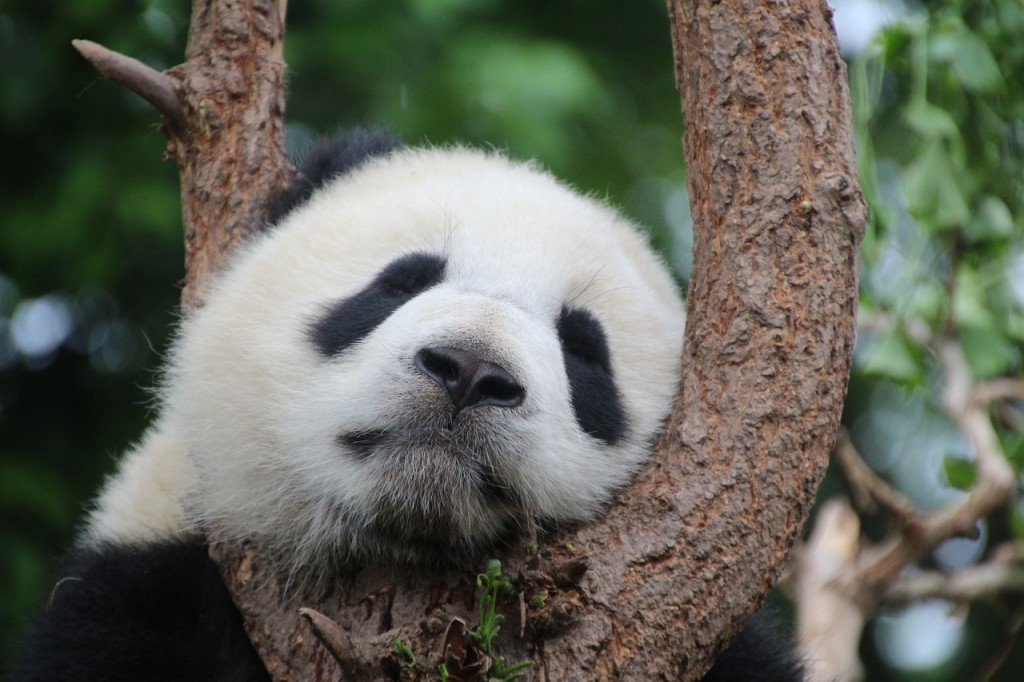 Decades of efforts to create protected habitat for the iconic mammal has pulled it back from the brink of extinction.

But, according to a new study, while many other animals in the same landscape have benefited from this conservation work, some have lost out.

Driven to near extinction by logging, poaching and disease, their loss could lead to "major shifts, even collapse, in ecosystems", said researchers in China.

Without the likes of leopards and wolves, deer and livestock can roam unchecked, causing damage to natural habitats, with knock-on effects for other wildlife, including pandas themselves.

By protecting the panda's forests, conservationists believed they would be protecting not only the charismatic black-and-white animal, but the many other species roaming the same habitat.

But while that has worked for some other wildlife, the efforts do not appear to have worked for large carnivores, such as the leopard and wolf.

A team of researchers now says a broader - holistic - approach is needed to manage the ecosystem in which the panda lives - one that ensures key species don't lose out.

This was "critically needed to better increase the resilience and sustainability of the ecosystems not only for giant pandas but also for other wild species", said co-author Dr Sheng Li of Peking University in Beijing.

In order to achieve this, the researchers outline a range of measures including enforcement against poaching and restoring habitats for the animals that large carnivores eat.

Giant pandas are seen as living proof that conservation works. Their numbers in the wild are finally rebounding after years of decline, and in 2016 they were upgraded from "endangered" to "vulnerable" on the official extinction Red List.

The distinctive black and white mammal is regarded as an "umbrella species". These are species selected as subjects for conservation, typically because protecting them indirectly helps other wildlife in that ecological community.

In the wild panda's case, protecting the forests in which it lives has been good for many other animals and plants, including birds and small carnivores.

Yet, large predators such as leopards, wolves and the little-known Asian wild dog, or dhole, which tend to range far and wide, seem to have fared badly.

Since panda reserves were set up in the 1960s, all four species have been lost from a big proportion of reserves. Leopards have disappeared from 81% of reserves, snow leopards from 38%, wolves from 77% and Asian wild dogs from 95%.

Numbers are now very low. For instance, there were only four sightings of the Asian wild dog among data from almost 8,000 survey stations recording more than 1.5 million camera days' of footage.

Prof Samuel Turvey of ZSL (Zoological Society of London), who is not connected with the study, said conservation in China and elsewhere in the world has often been based around landscape protection for specific "flagship species", with inferred wider benefits for regional biodiversity.

This includes giant pandas in central China, and critically endangered gibbons in Hainan, he said.

"This has led to some important species recoveries, but efforts to maintain threatened biodiversity must also address human activities at the wider ecosystem-level, otherwise non-target species might continue to slip away unnoticed," said Prof Turvey.

In the study, the researchers analysed data from 73 protected areas, including 66 giant panda nature reserves, comparing historical survey data with a decade's worth of extensive camera-trap surveys.

The research is published in the journal Nature Ecology & Evolution.

Wildlife in 'catastrophic decline' due to human destruction

Earth's 'lost species' only the tip of the iceberg

Scientists have the answer to a tadpole mystery