Migrant species do well in warm and wet UK in 2019

It's been a good year for migrant butterflies, moths and dragonflies in the UK, according to a review of 2019 by the National Trust. 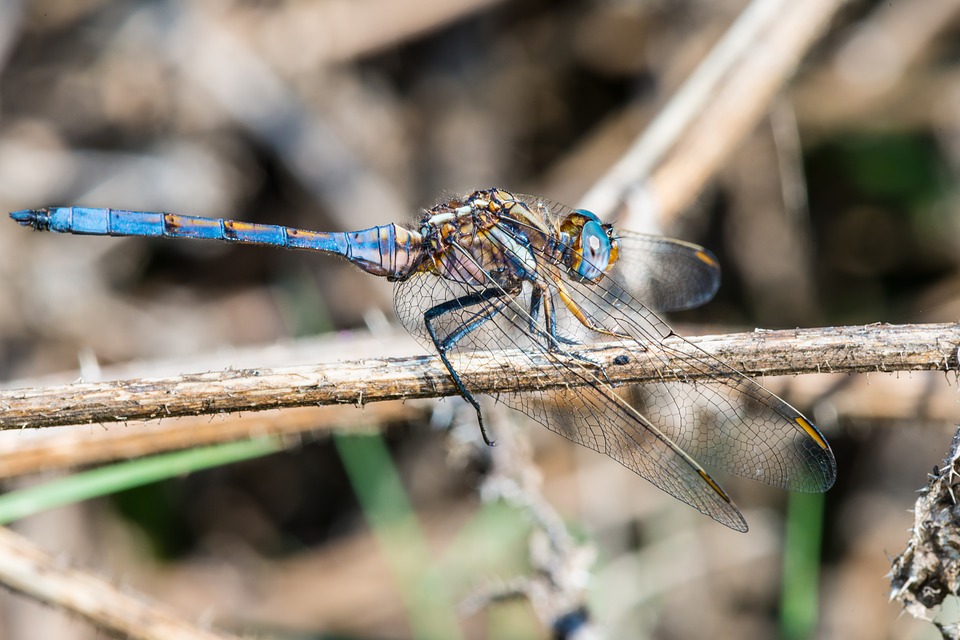 The charity says warm and wet weather saw the biggest influx of painted lady butterflies in a decade.

But the impacts of drought and wildfires in some parts mean it's not been a good year for natterjack toads and water voles.

The fires saw the habitats of mountain hares impacted as well.

The changeable nature of the weather in 2019 meant there were mixed outcomes for species around the country. The warm spells in the earlier part of the year saw lots of moths, butterflies and dragonflies from Europe arrive en masse.

Chief among them was the painted lady butterfly. This orange and black spotted species is commonly seen in the UK but the last mass arrival was in 2008. Some 420,000 of the creatures were recorded in this year's big butterfly count. This butterfly has quite the range, capable of travelling 7,500 miles from tropical Africa to the Arctic Circle.

Another exotic visitor was the long tailed blue butterfly with 50 seen across the south coast of England. It was the third time in six years that the numbers of this delicate creature appeared to be increasing but successive generations haven't yet made it through a British winter.

There were also large numbers of migrant dragonflies, while a rare moth, the Clifden nonpareil was recorded in Devon. It became extinct in the UK in the 1960s but has been trying to re-establish itself over the past few years.

"Sightings of migrant insects and birds are becoming more common. This is a result of our changing climate," said Ben McCarthy, head of nature conservation and restoration ecology at the National Trust.

"Although this can seem exciting, the obvious flipside is how these changes will start to affect some of our native species already under pressure from intensive land use, habitat fragmentation and climate change."

Grey seals around the UK appeared to be doing well despite the 50% mortality rate of seal pups at National Trust locations.

But some native UK species were under pressure due to the impact of drought and wildfire.

Fires on Marsden Moor at Easter destroyed around 700 hectares of habitats, including those of mountain hares, curlews and twites.

It was also a bad year for natterjack toads, who rely on pools of water in their dune habitats to survive. Many of these dried out in May and June resulting in spawn and tadpoles being lost.

Rangers also recorded the earliest and latest spawning dates of the last decade, perhaps indicating that natterjacks are trying to adapt to a changing climate.

Water voles in the Yorkshire Dales also suffered due to the heavy and unexpected rainfall in June, July and September. Sudden flood events swept away many of their offspring who were too young to be able to swim.

There were many other species suffering or benefitting from the changeable conditions throughout the year.

2019 was a boom year for grass growth, which sounds like a good thing. But it could have negative impacts because more grasses can outcompete native wildflowers, which is bad news for pollinators.

Managing the environment with a variable weather picture is a challenge - and could see species become extinct.

"This brings home the importance of doing all we can to ensure that we protect our remaining habitats and ensure they are in good condition to support our threatened species," said Mr McCarthy.

"By improving the condition of our remaining habitats and increasing patch size it is easier for species to move across landscapes in response to our changing environments. It also means that when they arrive in their new location there is habitat to support them.

"If our wildlife doesn't have anywhere to move to as temperatures rise and the weather changes, over the coming years we will inevitably see more and more species at risk of becoming extinct."