A study found some of the highest recorded levels of toxic chemicals and mercury in the bodies of bottlenose dolphins off the French coast. 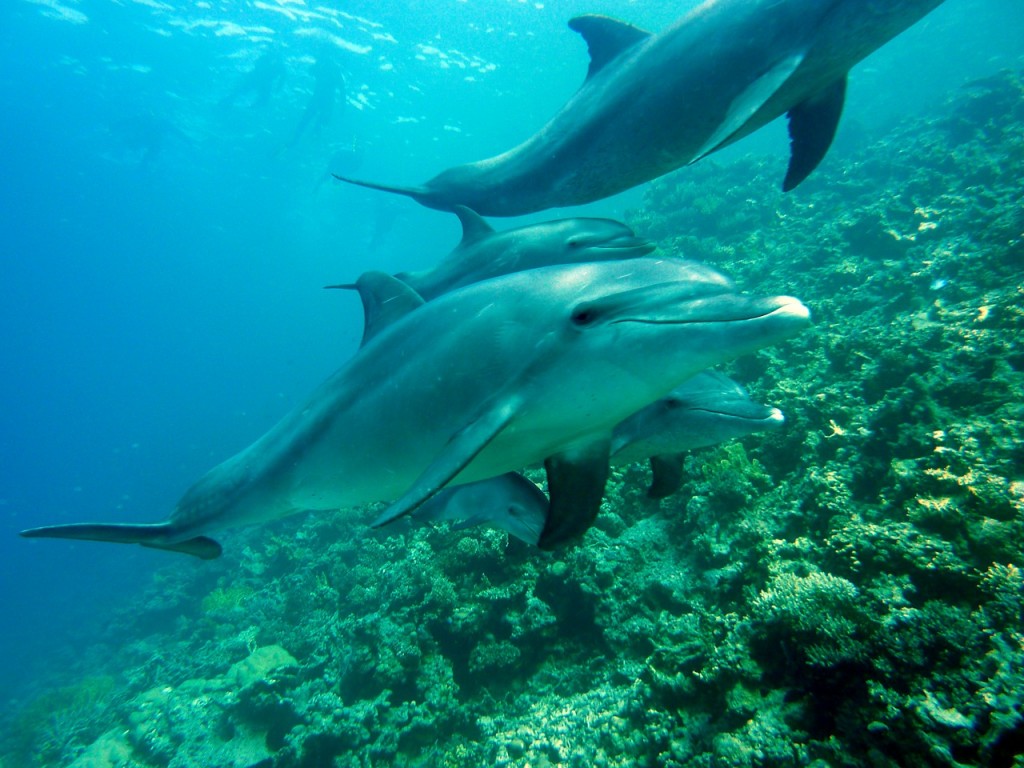 Researchers say more needs to be done to tackle the "invisible" problem of lingering pollutants in the oceans.

The Channel is home to one of the last remaining large European populations of bottlenose dolphins.

Researchers took tissue samples from more than 80 dolphins living in waters off Normandy and Brittany.

They found high concentrations of mercury in skin and polychlorinated biphenyls, or PCBs, in blubber.

Other industrial chemicals, such as dioxins and pesticides, were also found in blubber samples, which together may act as a "cocktail of pollutants", they said.

The chemicals are passed down from mother to calf.

"Our results indicated the important transfer of PCBs by females to their young, which may raise concern for the population," said the team of researchers led by Dr Krishna Das of the University of Liege, Belgium.

The scientists say the bottlenose dolphin's habitat - an area known as the Normanno-Breton Gulf - should become a special area of conservation to protect the population.

The study, published in the journal Scientific Reports, chimes with data from investigations of strandings, said ZSL's Rob Deaville, of the UK Cetacean Strandings Investigation Programme.

PCBs, used in plastics, paints and electrical equipment, were banned several decades ago, but persist in the environment, where they can build up in the blubber of dolphins and whales.

The chemicals have been found in the blubber of bottlenose dolphins washed up on beaches around Europe.

One killer whale found dead off Scotland in 2016 contained among the highest levels of polychlorinated biphenyls, or PCBs, ever recorded.