The most important pollinators on the planet are disappearing in areas where temperatures are getting hotter. 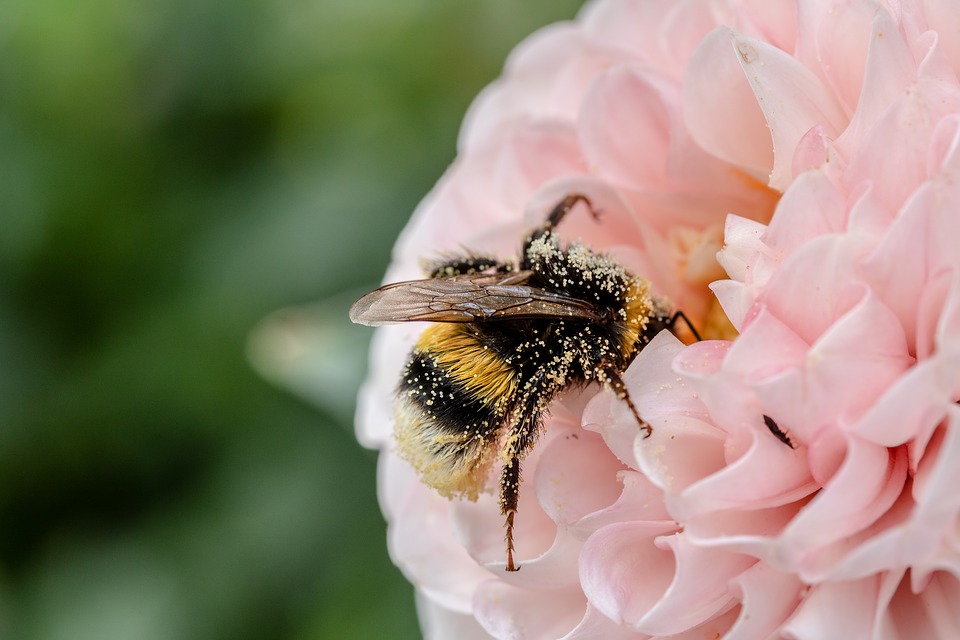 A new study from the University of Ottawa concludes that bumble bees are "disappearing at rates consistent with a mass extinction."

The study found that in the course of a single human generation, the chances of a bumble bee population surviving in a given place has dropped by an average of over 30 percent.

"Bumble bees are the best pollinators we have in wild landscapes and the most effective pollinators for crops like tomato, squash, and berries," says fist author Peter Soroye, a PhD student in the Department of Biology at the University of Ottawa. "Our results show that we face a future with many less bumble bees and much less diversity, both in the outdoors and on our plates."

The team wanted to look at climate change and its effects on the frequency of things like heatwaves and droughts – and how those instances of "climate chaos" affect different species. To do so, they developed a new measurement of temperature and a way to foretell extinction risk.

"We have created a new way to predict local extinctions that tells us, for each species individually, whether climate change is creating temperatures that exceed what the bumble bees can handle," said Dr. Tim Newbold, research fellow at University College London.

They looked at data from 66 different bumble bee species in North America and Europe from 1900 to 2015 to test their hypothesis and new technique – they were then able to see how bumble bee populations have changed by comparing where bees are now to where they were before.

"We found that populations were disappearing in areas where the temperatures had gotten hotter," Soroye said. "Using our new measurement of climate change, we were able to predict changes both for individual species and for whole communities of bumble bees with a surprisingly high accuracy."

Here's a visual. Notice the year on top, and the depressing, downward-dropping line on the bumble bee population graph.

"We've known for a while that climate change is related to the growing extinction risk that animals are facing around the world," explained Soroye. "In this paper, we offer an answer to the critical questions of how and why that is. We find that species extinctions across two continents are caused by hotter and more frequent extremes in temperatures." Adding:

We have now entered the world's sixth mass extinction event, the biggest and most rapid global biodiversity crisis since a meteor ended the age of the dinosaurs.

"If declines continue at this pace, many of these species could vanish forever within a few decades," he notes.

But as gloomy as this all sounds, the researchers (unlike your writer here), see a bright side.

"Perhaps the most exciting element is that we developed a method to predict extinction risk that works very well for bumble bees and could in theory be applied universally to other organisms," Soroye said. "With a predictive tool like this, we hope to identify areas where conservation actions would be critical to stopping declines."

Knowing what and where the problems are, aside from the climate crisis at large, will allow us to triage.

"This work also holds out hope by implying ways that we might take the sting out of climate change for these and other organisms by maintaining habitats that offer shelter, like trees, shrubs, or slopes, that could let bumble bees get out of the heat," said Jeremy Kerr, professor at the University of Ottawa. "Ultimately, we must address climate change itself and every action we take to reduce emissions will help. The sooner the better. It is in all our interests to do so, as well as in the interests of the species with whom we share the world."

The study, "Climate change contributes to widespread declines among bumble bees across continents,' was published in Science.