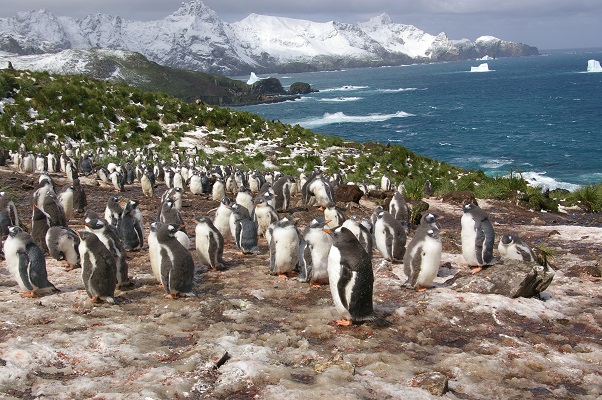 The remote UK Overseas Territory of South Georgia is home to important colonies of penguins, including the gentoo. Their main diet is krill – a small shrimp-like crustacean – that is abundant in the area.

Recognising the need to balance commercial fishing with habitat and wildlife conservation, in 2012 the Government of South Georgia & the South Sandwich Islands (GSGSSI) established a 1.07million km2 Marine Protected Area. This included a 12 nautical mile NTZ around the South Georgia coast, in which no fishing is allowed. Krill fishing is banned from the remainder of the MPA during the summer seabird breeding season, but opens in the winter when most seabirds migrate away from the island. However, gentoo penguins winter on the island which creates potential for them to overlap with krill fisheries.

In June 2018, a BAS team fitted 16 gentoo penguins with satellite transmitters. The results revealed that the penguins regularly foraged beyond the 12 NM NTZ and overlapped with the krill fishing grounds. This resulted in the NTZ being extended to 30 km, providing an additional 4500km2 of protection.