Drones May be the Answer to Less-Invasive Ecological Monitoring

Scientists study how Antarctic seals and penguins react to drones versus ground surveys. 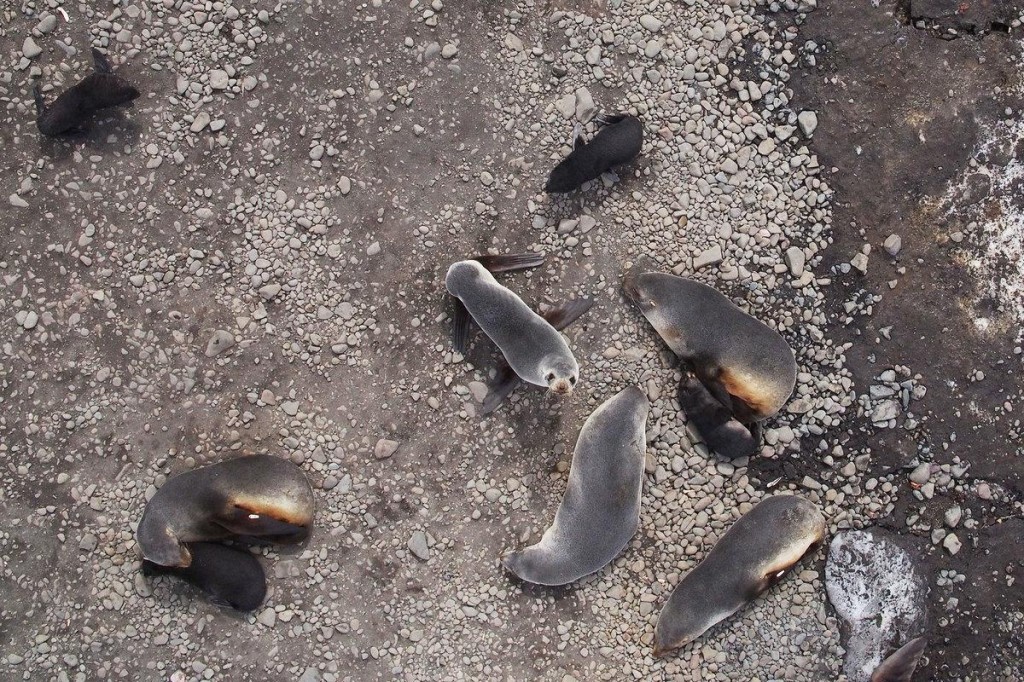 NOAA Fisheries scientists have published one of the largest studies of how wildlife respond to Unoccupied Aerial Systems (UAS), also known as drones. They analyzed the behavioral responses of three species of Antarctic predators—leopard seals, Antarctic fur seals, and chinstrap penguins—to drone surveys. Despite large differences in the size and ecology of these species, all three reacted similarly; reactions to drones at survey altitudes could not be detected. However, all species did react to humans conducting traditional ground based surveys.

Between January 2017 and March 2018, wildlife experts from the Southwest Fisheries Science Center braved sub-zero temperatures in one of the most isolated areas on the planet, where wildlife vastly outnumbers humans. The researchers’ findings were recently published in an article in the journal Frontiers in Marine Science. The research was conducted as part of NOAA’s U.S. Antarctic Marine Living Resources Program, which uses an ecosystem-based approach to support conservation and management in the Southern Ocean.

“It's not hard to imagine that flying one of these buzzing machines too close to wildlife may negatively affect the birds, seals, and other animals. The goal of our study was to assess what the effect of drones on animals might be, and to help set standards for future studies so that we can get the best information possible,” said Douglas Krause, lead author of the study. Among other findings, results showed that approaching seals from down wind, and surveying penguin populations early in the breeding season, was less likely to disturb them. But, importantly, animal reactions to the drone were compared to traditional data-collection methods, in addition to assessing how research can minimize impacts on wildlife.