At a glacier near the South Pole, earth scientists have found evidence of a quiet, slow-motion fault slip that triggers strong, fast-slip earthquakes many miles away, according to Cornell research published Feb. 5 in Science Advances. 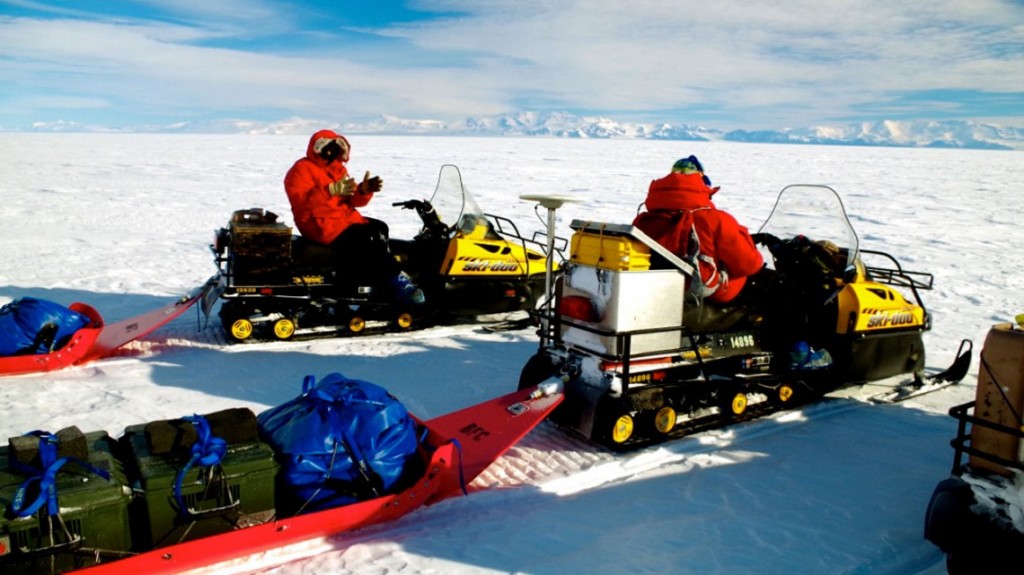 During an earthquake, a fast slip happens when energy builds up underground and is released quickly along a fault. Blocks of earth rapidly slide against one another.

However, at an Antarctic glacier called Whillans Ice Plain, the earth scientists show that “slow slips” precede dozens of large magnitude 7 earthquakes. “We found that there is almost always a precursory ‘slow slip’ before an earthquake,” said lead author Grace Barcheck, research associate in Earth and Atmospheric Sciences, in the College of Engineering.

Barcheck said that these slow-slip precursors – occurring as far as 20 miles away from the epicenter – are directly involved in starting the earthquake. “These slow slips are remarkably common,” she said, “and they migrate toward where the fast earthquake slip starts.”