Robots are farming crops inside a silicon valley warehouse

The startup Plenty uses indoor vertical farming to deliver fresh greens any time of the year. 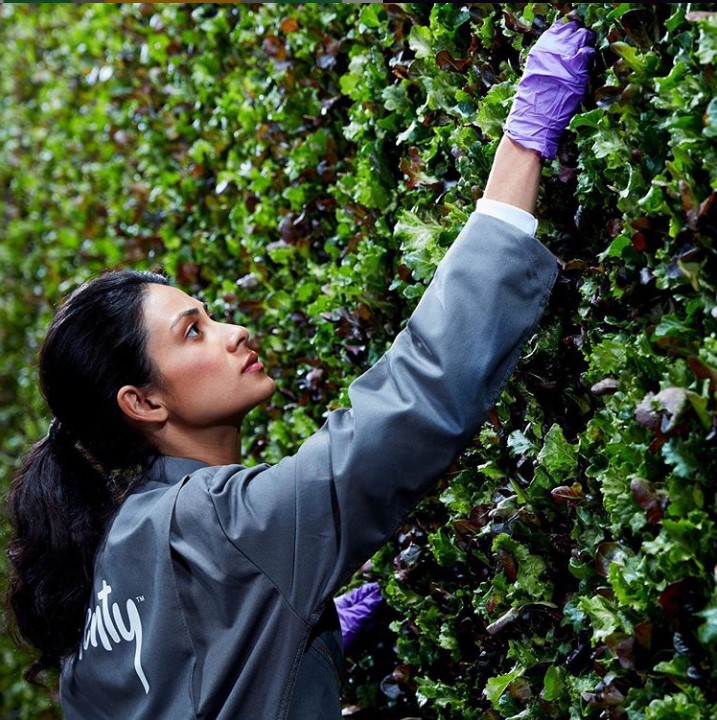 Fresh fruits and vegetables do not have to be seasonal or come from long distances anymore. New sustainable indoor farms make it possible to have locally grown produce available year-round.

Matt Barnard, CEO and founder of the startup Plenty wants to change how people eat by changing the way food is grown by harnessing the technology of tomorrow with all the flavor and quality of the past.

The company's huge warehouse location in South San Francisco California contains 16-foot (4.87 meters) walls of kale and other greens and stretch in aisles that are twice the length of a bowling lane according to Fast Company. The company was able to expand due to a Softbank led $200 million investment in the startup.

The new farm will begin selling produce locally in supermarkets and directly to consumers later this year. The company already sells greens from its first and much smaller farm through a delivery service called Good Eggs.

Each step in the farming process is now automated and robots are doing most of the work. "In one corner of the massive warehouse, a bright yellow robot picks up a tower filled with kale that was growing, minutes earlier, in one of the aisles of greens next door. Gently turning the tower on its side, the robot sets it on a conveyor belt where a spinning wheel neatly trims the greens to harvest them," wrote Fast company.

Robots are also doing the planting by packing trays with soil and seeds before delivering them to another room to germinate. Later, robots will lift the seedlings out and plant them in the growing towers.

The growing room is fully automated with infrared cameras and sensors that monitor the indoor climate with software that automatically adjusts itself.

“We essentially coax a different flavor profile out of the plants by giving them the right recipe,” said Barnard. “We take those plants and analyze what’s in them, and then we work to give subsequent crops exactly the right recipe so that these things are lovable. And that’s critical. That’s how we get to 10-year-olds asking their mothers for our kale.”

When food is grown locally and delivered within hours of harvesting instead of being trucked from far-away places, Barnard believes more people will want to eat them. And because the company controls the growing environment, it can control the flavors of the greens and sell products like wasabi arugula, a spicy wild green that resembles the Japanese condiment.

This type of growing is so environmentally grown, Plenty cut energy consumption by 80% per kilogram of plants grown, that the sustainably grown organic greens can sell for the same price as traditionally grown farm produce. Indoor growing systems can produce between up to 350 times more food in a smaller space as a convention farm. As a bonus, greens grown in food safety-certified facilities are much safer to eat than farm grown.

Plenty is growing greens in San Francisco but at another location in Wyoming, it is testing new varieties of crops – over 700 last year – including strawberries and tomatoes.

Despite all the benefits, indoor farming hasn't proven itself at scale. Aerofarms, another startup with a massive indoor farm in Newark, New Jersey hasn't expanded as quickly as they wanted to. But as climate change shrinks the amount of arable land and the population grows, it could become much more important and tastier too.