The Swedish activist is 'delighted' that the new-to-science species will bear her name. 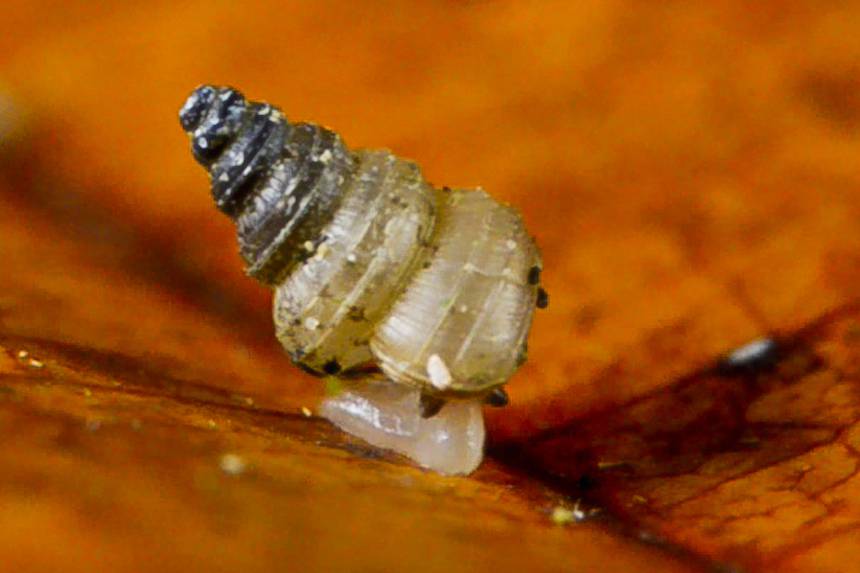 A group of citizen scientists discovered an unknown species of land snail in the rainforest of Borneo and named it Craspedotropis gretathunbergae in honor of climate activist Greta Thunberg.

The group was on a research field trip at Kuala Belalong Field Studies Centre in Brunei with scientists from Taxon Expeditions, a company that organizes field courses which pair scientists with the science-curious.

The snails were discovered near the research field station at the bottom of a steep hill-slope, next to a river bank.

"The newly described snail belongs to the so-called caenogastropods, a group of land snails known to be sensitive to drought, temperature extremes and forest degradation," says snail expert and co-founder of Taxon Expeditions, Dr. Menno Schilthuizen.

The participants of the expedition along with staff from the National Park voted on the name, and Greta was the winner. The authors of a paper describing the new species write:

"We name this species in honour of the young climate activist Greta Thunberg, because caenogastropod microsnails from tropical rainforests, like this new species, are very sensitive to the droughts and temperature extremes that are likely to be more frequent as climate change continues."

The team was able to contact Thunberg through mutual contacts, Bart Van Camp and George Monbiot. The authors note, "We have approached Ms. Thunberg and learned that she would be 'delighted' to have this species named after her."

And who wouldn't be? Look at how cute it is! The paper describes the Greta snail as having a pale body, dark gray tentacles, and a "buccal mass visible as a pink-orange globule." Not to mention that shell, carried about like a jaunty chapeau.

Citizen scientist J.P. Lim, who found the first of Thunberg's snail says, "Naming this snail after Greta Thunberg is our way of acknowledging that her generation will be responsible for fixing problems that they did not create. And it's a promise that people from all generations will join her to help."

The paper, "Craspedotropis gretathunbergae, a new species of Cyclophoridae (Gastropoda: Caenogastropoda), discovered and described on a field course to Kuala Belalong rainforest, Brunei," was published in Biodiversity Data Journal.