How are vaccines actually developed and how long will one against COVID-19 take?

Vaccine development is complex. But efforts to produce one for COVID-19 are making progress. 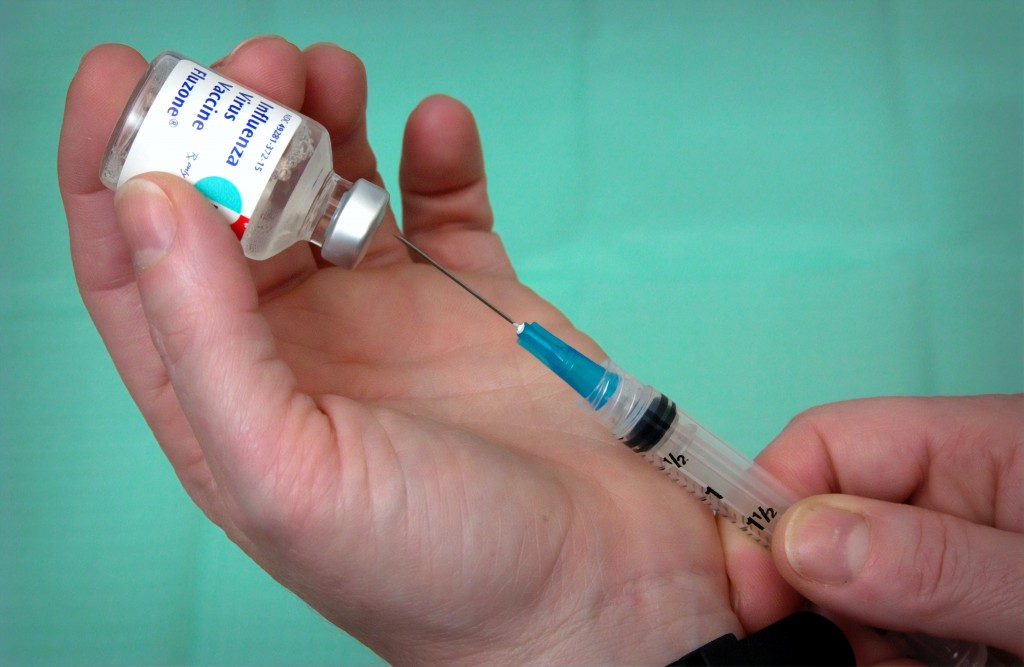 Photo by CDC on Unsplash

Vaccines are one of the most important tools in combatting infectious diseases, and developing one that is safe, affordable, and widely available is crucial to changing the course of the COVID-19 pandemic.

An effective vaccine would increase immunity to the virus, because a vaccine is a type of medicine that trains the body’s immune system to fight off a disease it has not encountered before, as the University of Oxford’s Vaccine Knowledge Project explains.

That means leaders and health experts are keen to accelerate progress towards a solution that could save thousands of lives and enable people around the world to return to their everyday lives.

But vaccines are incredibly difficult to make and must go through rigorous safety procedures before they can become widely-available.

A 2013 paper from the University of Rotterdam found that, on average, it takes 10.7 years to develop a vaccine. Although the record is four years, for a vaccine against mumps in the 1960s, scientists are hopeful that a COVID-19 vaccine can be developed in just 12-18 months.

Here, we break down what the vaccine development process normally looks like — and what scientists and manufacturers are doing to work quickly and safely on a COVID-19 vaccine. To give us some insight, we spoke to Anna Mouser, the policy lead for the vaccine team at the medical non-profit, the Wellcome Trust.

There are typically years of clinical trials needed to produce a safe and effective vaccine, with researchers testing multiple vaccine candidates, as failure rates are generally high.

For example, the Food and Drug Administration in the US only approved a vaccine for Ebola last year, 43 years after the discovery of the disease.

Vaccine science is “fiendishly complex” says Mouser. Because vaccines are given to healthy people to prevent illness, the rigour to which safety and testing are held is higher than for treatments given to people who are already ill, Mouser says.

“They have to be safer than safe,” she says, “and they really are." To get a vaccine from start to finish there are multiple steps.

“Then you need a green light from the different countries who are going to be distributing it," she adds.

After all of that, Mouser explains, there’s something known as a “cold supply chain” which is a process of getting vaccines out while being kept at the cold temperature that the medicine requires to stay effective.

For particularly hard-to-reach places, that process can involve things like vaccines being transported in solar-powered fridges to rural areas.

Below is the typical process that's followed to develop a vaccine — and if you’d like to find out even more on the different stages of vaccine development, the Centers for Disease Control and Prevention (CDC), the Wellcome Trust, and the European Vaccine Initiative, all have great detail available on their platforms.

ine protects against the disease in “real life”, by studying the effects under natural conditions of disease occurring. That process can take between five and 10 years, and involves thousands of people taking part.

First it takes two to five years to do early research and explore the possibilities for vaccines against a particular disease, looking at what can induce an immune response at a molecular level.

Then, once potential options have been identified, a pre-clinical stage begins, meaning it’s being developed for possible clinical use but isn’t ready yet. That can take two years and involves testing on animals and in test tubes in labs for safety and effectiveness.

Next a small-scale clinical trial begins, with only between 10 and 50 people taking the potential vaccine to test it’s response in humans and the safety of it.

Then if it passes that stage, a further two to three years is spent understanding the immune response, the effectiveness against the disease, and side effects, during which hundreds of people take part in trials.

Finally there is an assessment of whether the potential vaccine protects against the disease in “real life”, by studying the effects under natural conditions of disease occurring. That process can take between five and 10 years, and involves thousands of people taking part.

If it passes all of those phases, the product needs to be approved by regulators and produced. Manufacturing takes place in specialist facilities and the cost overall can be between $200 million and $500 million to do so.

“Vaccine factories are not like normal factories,” explains Mouser. “They can take three to five years to set up — it’s not like a car factory or an Amazon warehouse — and different factories are needed for different vaccines.”

“Safety is paramount, I think something like half the staff at a vaccine factory are simply doing quality assurance,” she adds.

The process of developing a vaccine for COVID-19 will need to happen much more quickly.

So, several of the stages mentioned above are being conducted in parallel and that has required enormous up-front investment. Ordinarily, scientists bid for new funding at each stage, showing their results from the first stage.

Now funding is needed to support several different possible vaccine options at once to speed up the process of identifying strong potential candidates. Mouser points out that it’s like when you “spread your bets if you’re betting on horses at the Grand National” — it’s about keeping your options open.

Oxford University’s Jenner Institute is a frontrunner in the search for a coronavirus vaccine. It says: “At the same time as preparing for and conducting the first clinical trial, production of the vaccine is being scaled up ready for larger trials, and potentially, future deployment.”

That means that instead of waiting for an effective vaccine to be made before a manufacturing facility is built, the facilities are getting ready now, on stand-by to quickly deploy a successful and safe vaccine.

Around the world there are 10 vaccines against COVID-19 at the clinical trial phase, the medical journal the Lancet reported on June 6.

“What's happened so far has been nothing short of amazing,” Penny Heaton, a vaccinologist and chief executive officer of the Bill & Melinda Gates Medical Research Institute, told the Lancet.

However, there are a lot of complexities to be factored in, scientists say. Given the difficulty, it is prudent to not rely too heavily on the idea that a suitable vaccine will be available soon, as David Nabarro, professor of global health at Imperial College, London, warned in April.

“That’s why this campaign — Global Goal: Unite for Our Future — is so important,” Mouser continues, highlighting the campaign launched by Global Citizen, under the patronage of the European Commission President Ursula von der Leyen. “No country has deep enough pockets to fund this amount of research and work on its own, it’s important [world leaders] set national interests aside and work together and share the risks.”

“We need to make sure that those who need the vaccine first, get it first as well,” she adds. “Not only because it’s the right thing to do, but also because it might not be effective in a global pandemic if it only goes to those who can afford it… Put simply, we have to collaborate.”

You can join the Global Goal: Unite for Our Future campaign by taking action here to help ensure everyone, everywhere can access the tools that are vital to putting an end to COVID-19, and mitigate its impacts on the world's most vulnerable people.