Scientists have demonstrated that modifying the topmost layer of atoms on the surface of electrodes can have a remarkable impact on the activity of solar water splitting. 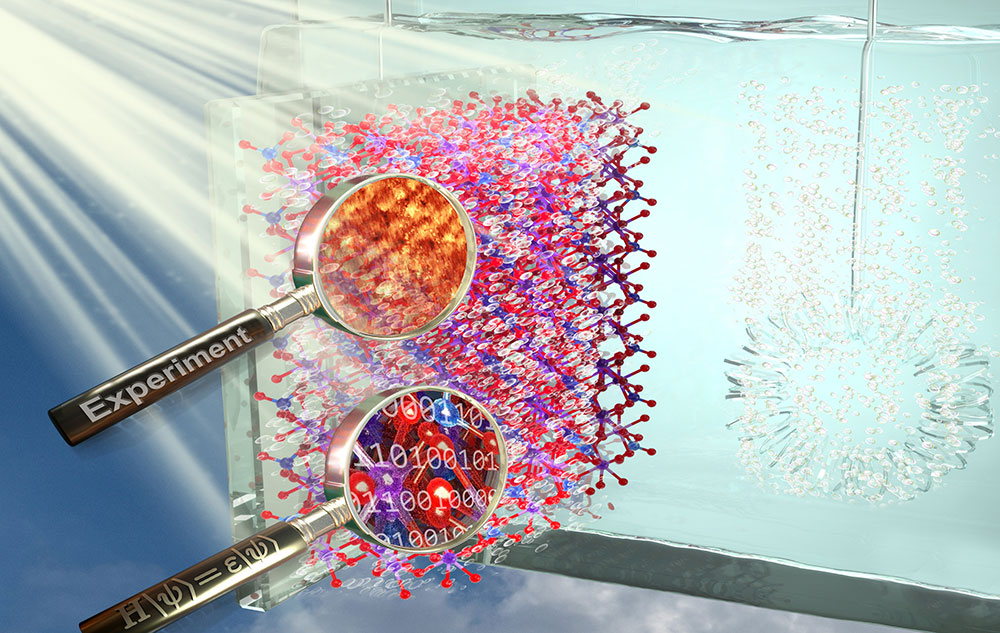 As they reported in Nature Energy on Feb. 18, bismuth vanadate electrodes with more bismuth on the surface (relative to vanadium) generate higher amounts of electrical current when they absorb energy from sunlight. This photocurrent drives the chemical reactions that split water into oxygen and hydrogen. The hydrogen can be stored for later use as a clean fuel. Producing only water when it recombines with oxygen to generate electricity in fuel cells, hydrogen could help us achieve a clean and sustainable energy future.

“The surface termination modifies the system’s interfacial energetics, or how the top layer interacts with the bulk,” said co-corresponding author Mingzhao Liu, a staff scientist in the Interface Science and Catalysis Group of the Center for Functional Nanomaterials (CFN), a U.S. Department of Energy (DOE) Office of Science User Facility at Brookhaven National Laboratory. “A bismuth-terminated surface exhibits a photocurrent that is 50-percent higher than a vanadium-terminated one.”

“Studying the effects of surface modification with an atomic-level understanding of their origins is extremely challenging, and it requires tightly integrated experimental and theoretical investigations,” said co-corresponding author Giulia Galli from the University of Chicago and DOE’s Argonne National Laboratory.