Found in jewelry, car parts, pigments, and industrial chemical reactions, the metal chromium and its compounds are often employed for their color, finish, and anti-corrosive and catalytic properties. Currently, geoscientists and paleoceanographers from MIT and the Woods Hole Oceanographic Institution (WHOI) are looking to add another use to that list: as a way to examine chemical shifts in ancient Earth’s oceans and atmosphere that are preserved in the seafloor’s paleorecord. 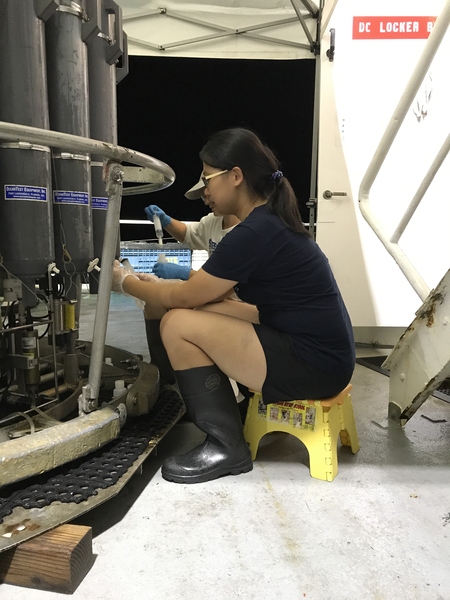 More specifically, they want to reconstruct rising atmospheric oxygen levels, which began around 2.4 billion years ago, and their effect on the seas. Since biology and the environment are intimately intertwined, this information could help illuminate how the Earth’s life and climate evolved.

While researchers have widely applied chromium as a tool to understand the rock record around this global transition, they’re still working out what different chemical signals mean. This is especially true for evaluating ocean sediments, which could reveal where and when oxygen began penetrating and was being formed in the oceans. However, paleoscientists have largely lacked an understanding of how trace amounts of chromium mechanistically interact and cycle in modern, oxygenated seas, let alone the early oceans — a key component needed for any interpretation — until now.