United Airlines has just paved the way to a more sustainable future of air travel with its Historic Flight for the Planet on World Environment Day, June 5, 2019. 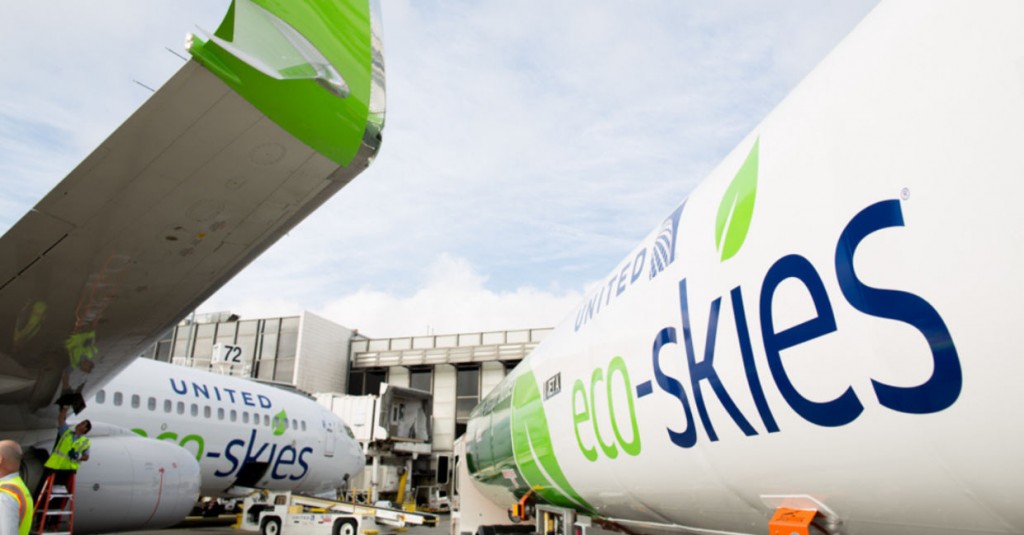 The flight from Chicago to Los Angeles was the eco-friendliest commercial flight ever. That's because United utilized several key actions to make it greener: they used sustainable aviation biofuel, absolutely zero cabin waste, carbon offsetting, and using operational efficiencies whenever possible according to a company press release.

"The historic Flight for the Planet showcases United's philosophy of working together to find new and innovative ways to lead us into a more sustainable future," said Scott Kirby, United's president in the press release. “As an airline, we see our environment from a unique perspective every day and we know we must do our part to protect our planet and our skies.”

The largest eco-savings was due to the use of a bio-fuel blend of 30/70 low carbon sustainable aviation fuel that is provided by World Energy and regular jet fuel. Since jet fuel accounts for 99 percent of the carbon footprint of a flight, the blend shrunk emissions by 18 percent. Using pure bio-fuel shrinks emissions by 60 percent. United was the first airline to significantly use bio-fuel, and it is the only airline in the US that currently does.

United started using bio-fuel in flights from Los Angeles – United's Eco-hub – in 2016. “Investing in sustainable aviation bio-fuel is one of the most effective measures a commercial airline can take to reduce its impact on the environment,” Kirby said.

To offset the carbon from the Flight for the Planet, and for all other carbon offsetting, United supports a Conservation International project in Peru that promotes alternatives to tree cutting.

To make the flight even greener, United cut back on plastic waste on this flight. The passengers were served a full meal that featured fully recyclable or combustible instead of the standard snacks in hard-to-recycle packaging.

United also tested a new paper coffee cup that can be recycled. “We’re really testing out different options to get customer feedback on them, and truly understand how we can operationalize this more in the future,” Aaron Stash, senior manager for environmental sustainability and stakeholder engagement at United told Fast Company.

The company considered using reusable silverware, but the heavier weight would mean the use of more jet fuel and would actually be worse for the environment. United will now test out these new cups and tableware and is considering using them on international flights where full meals are served. United is not the first company to have a plastic-free flight, but it is the only major carrier to do so.

United also used significant improvements in operational efficiency on the historic flight. According to the press release, single engine taxiing, air traffic control prioritization, as well as a continuous descent approach into Los Angeles were utilized and all saved fuel.

While many smaller airlines are looking at electric airplanes for shorter regional flights, the technology isn't there yet for larger planes with longer routes.

Aaron Robinson, senior manager for environmental strategy and sustainability at United told Fast Company: “The industry has made a very conscious decision of taking the approach of having sustainable fuels that are compatible with our existing aircraft because that’s what we believe is the cheaper, more affordable solution to get to those goals [reducing emissions] in a faster time frame.”

The Flight for the Planet was a way for United to demonstrate its recently announced commitment to the environment and to implement the company's pledge to reduce its carbon footprint by 50 percent by 2050. That is the equivalent to removing a significant 4.5 million cars – the number of cars in New York City and Los Angeles combined – from the roads. No other large airline is even coming close.

Fertiliser could be used to power ocean-going ships