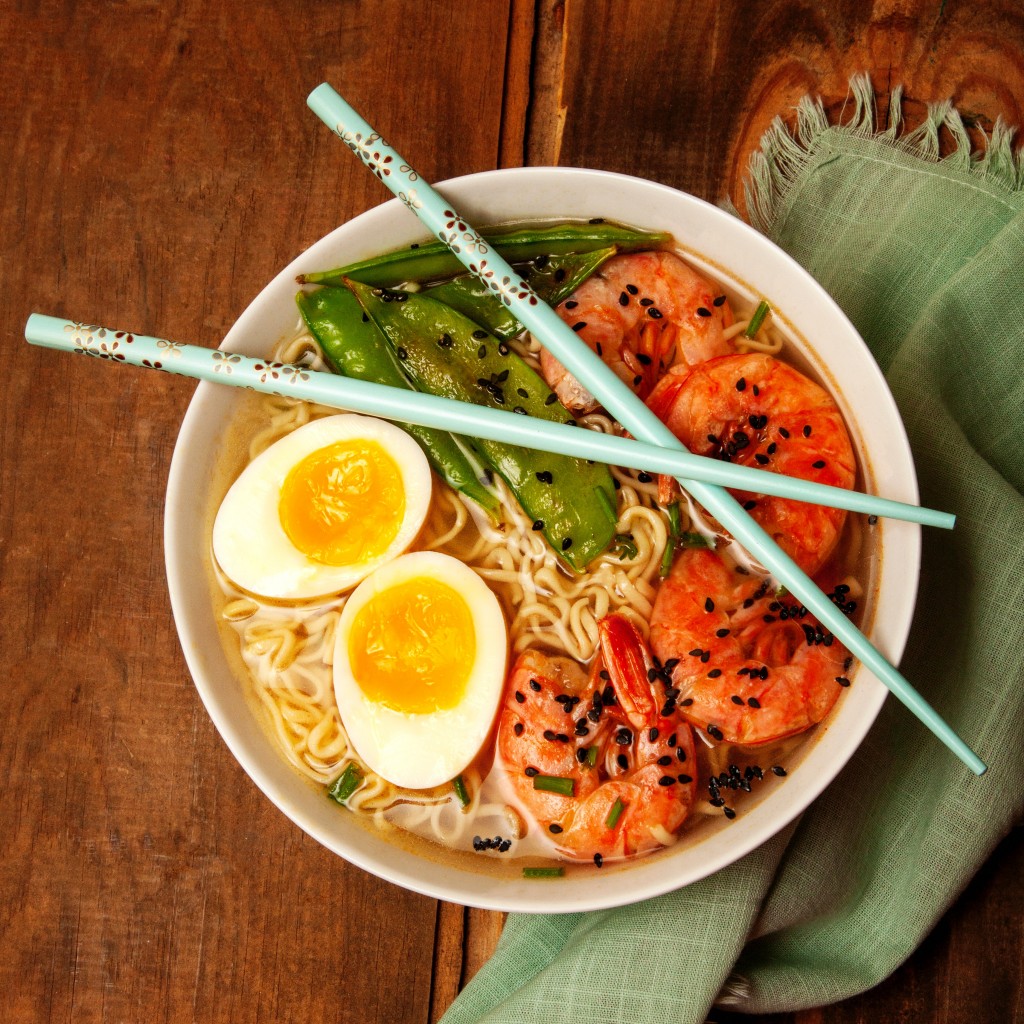 Photo by Michele Blackwell on Unsplash

Ramen noodles have been a go-to food for students for decades. After all, it only takes eight minutes to cook in a dorm hotpot and is easy on the budget. Now one student has found a way to make it eco-friendly too.

Holly Grounds, a recent project design graduate of Ravensbourne University in London used to eat a lot of ramen noodles when she studies. But it got her thinking that the packaging of a product that takes just minutes to cook and eat shouldn’t take decades or more to decompose. That’s why, she said on her cargo site, she decided to eliminate the plastic wrappers and make edible ones instead.

Now, instead of plastic packs of seasonings, the dried spices and flavorings are part of a starch-based flavorless bioplastic film that wraps the noodles and keeps them fresh.

“The ingredients are blended and heated until the mixture is at the right thickness. At this point, I add the spices and flavorings before pouring it into a mold to set for 24 hours,” Grounds told Dezeen. These noodle parcels are then packaged in a wax-coated paper.

The film dissolves in less than a minute when it comes into contact with boiling water, according to Grounds, and the liquid becomes the sauce for the noodles and larger ingredients like dried shrimp.

“I was able to do all the testing and manufacture in my kitchen as the process is very simple,” Grounds told Deezen.

She even did speed tests to see whether the plastic wrapped or the new biofilm wrapped noodles cooked faster. The biofilm ones won hands down.

Grounds wanted to produce a product that the user could watch actually dissolve in the pot, unlike other bio-based films that are being developed. She said, "While other bio-based alternatives to plastic claim to be compostable or biodegradable, from a consumer perspective it's not always that simple.

“Many of the emerging bio-based films only break down in an industrial composter at 50 degrees Celsius, so they often end up in the wrong place without the consumer really knowing that they caused damage to the planet.”

Grounds edible ramen noodles was just one of five sustainable design projects from her university that was showcased in Dezeen’s Virtual Design Festival according to a press release from Ravensbourne. The festival was held virtually due to the coronavirus pandemic.

Her work was also featured in the VDFx New Designers graduate show that highlighted 20 students’ projects – out of 3,000 entries – across the UK.

But Grounds doesn’t want to rest on her laurels. She sees opportunities to use her edible packaging for other dehydrated ready meals because the convenience food market is growing and she wants to contribute to the global fight against single-use plastics.

With plastics taking hundreds of years to decompose and filling landfills and oceans globally, edible packaging and single use items, like spoons or straws, are the way to go.

Pandemic is causing a new wave of plastic pollution