Electric bikes can slash transport emissions and offer workers a way to return to the workplace during coronavirus, a new study has found. 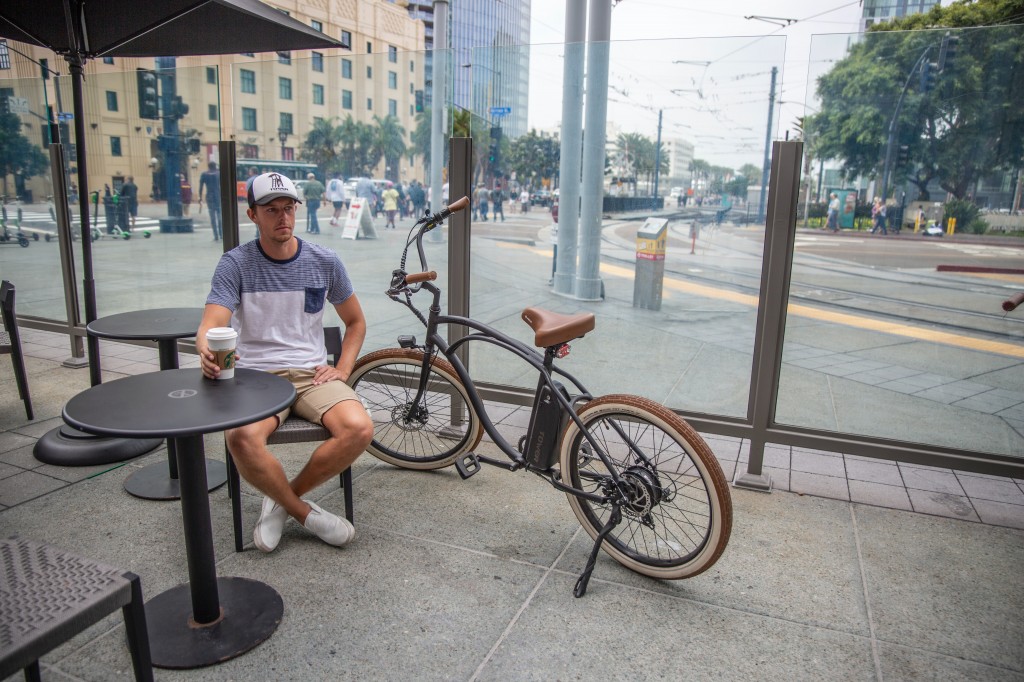 If e-bikes took off in the same way in the UK, as in many European cities, it would reduce congestion, improve mobility, and save CO2, the study says.

It said the UK government hadn’t yet realised the strategic importance of e-bikes, push-bikes with electric motors.

The greatest impact would be in areas with poor public transport, it found.

That's because a wider range of people would be able to use e-bikes, it said.

The research comes from the publicly funded Centre for Research into Energy Demand Solutions (Creds), based in Oxford.

The researchers say that in Denmark, where cycling has been strongly encouraged for decades, e-bike routes are already linking cities to towns and villages.

The research comes at a time when ministers are desperate for solutions which allow people to get to work without risking their health on public transport, but also without increasing carbon emissions.

So far the main emphasis has been on bringing people into city centres, where popup cycle lanes are being introduced.

But the Creds paper says e-bikes can be particularly effective in economically-deprived areas where people can’t afford cars, but bus services are poor.

This could be in suburban or semi-rural areas.

It says the UK government should find ways to incentivise the use of e-bikes.

Professor Nick Eyre from Creds told BBC News: "E-bikes give us an exciting new opportunity to reduce energy use and carbon emissions.

“They need to be part of the plan for the major investment we need in transport to get people moving safely again in ways that are economically and environmentally sustainable."

Critics could say that creating a major network of e-bike lanes would be expensive and sometimes not feasible.

There will also be problems with bike theft – and of culture in places where there is little history of cycling.

Professor Eyre said: “We know cycling is culturally dependent. There’s much more cycling here in Oxford than in Leeds, for example.

“[But] the last few weeks have shown us there’s much more capacity for people to change than we previously thought.”

Some planners believe the UK is on the brink of an urban transport revolution.

The government is currently consulting the public on the use of electric scooters on Britain’s streets.

However, a wide range of organisations, from pedestrians to motorists, have expressed their fears about the potential dangers of e-scooters, whether on the pavement or on the road.