In Sierra Leone, one in 17 mothers face a lifetime risk of dying while giving birth. 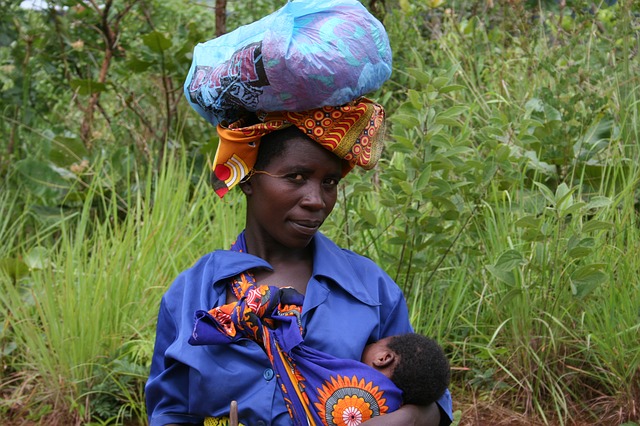 In certain countries around the world, complications during pregnancy, delivery, and post-partum, alongside other systemic factors like lack of access to timely or adequate health services, can result in maternal death — but the United Nations is trying to change that.

In Sierra Leone, 1 in 17 mothers has a lifetime risk of dying in connection to childbirth. The small West African country, with a population of 6 million people, has one of the highest maternal mortality rates in the world, with an estimated 1,165 deaths per 100,000 live births, according to the UN's most recent data.

In Sierra Leone, 32% of maternal mortality is caused by post-partum hemorrhaging. When women give birth at local health clinics and hemorrhage, they have an urgent need for a blood transfusion, which must be done at a hospital. It can take hours to facilitate this when a woman is at a remote clinic, depending on the availability of a vehicle, the condition of the roads, and other factors — leaving many to bleed to death.

But having skilled attendants alone will not improve Sierra Leone’s dismal maternal mortality figures. According to UNFPA Sierra Leone, 87% of pregnant girls and women in the country already use a skilled attendant when giving birth, and 83% of people give birth in a facility. Oyeyipo says this data should point to better outcomes and insists the country should not have one of the highest maternal mortality rates in the world.

“In Africa, this infers that women are walking into medical clinics by foot and being carried out dead on stretchers,” he said of the grim statistics.

According to Oyeyipo, 25% to 30% of maternal mortality in the country can be reduced by family planning, which is a UNFPA focus. In Sierra Leone, the UN agency works to procure commodities related to sexual and reproductive health, such as various forms of contraception, with at least 90% of all of these commodities in the country being procured by UNFPA Supplies — which is the agency’s thematic programme dedicated to increasing access to family planning — Oyeyipo says, through a $3 million annual budget.

UNFPA estimates that their work increasing access to family planning in Sierra Leone, from 2015 to 2017, has: averted nearly 570,000 unintended pregnancies, averted over 200,000 unsafe abortions, and prevented over 4,500 maternal deaths.

One in every 3 teenagers in Sierra Leone become pregnant, and nearly half of maternal deaths in Sierra Leone are of girls and teenagers under 19 years of age. A pregnant 15-year-old girl has three times the chance of dying during childbirth than a pregnant 22-year-old woman, according to Oyeyipo.

Globally, an estimated 16 million women aged 15 to 19 years give birth annually, and an additional 1 million girls and teenagers become mothers before the age of 15, according to the study.

Nearly 300,000 women die annually from complications during pregnancy and childbirth, according to the World Health Organization.

At the International Conference on Population and Development in Nairobi, UNFPA shared that despite recent global commitment to support their work in sexual and reproductive health worldwise, an additional $222 billion is needed to meet the agency’s 2030 goals of eliminating maternal deaths, ending gender-based violence and harmful practices, and achieving universal access to family planning. UNFPA Supplies expressed an urgent need of $192 million to continue its work in 2020 and it’s vital that countries like Canada commit funding this year.