Police and army have come under fire from rights groups for using excessive force. 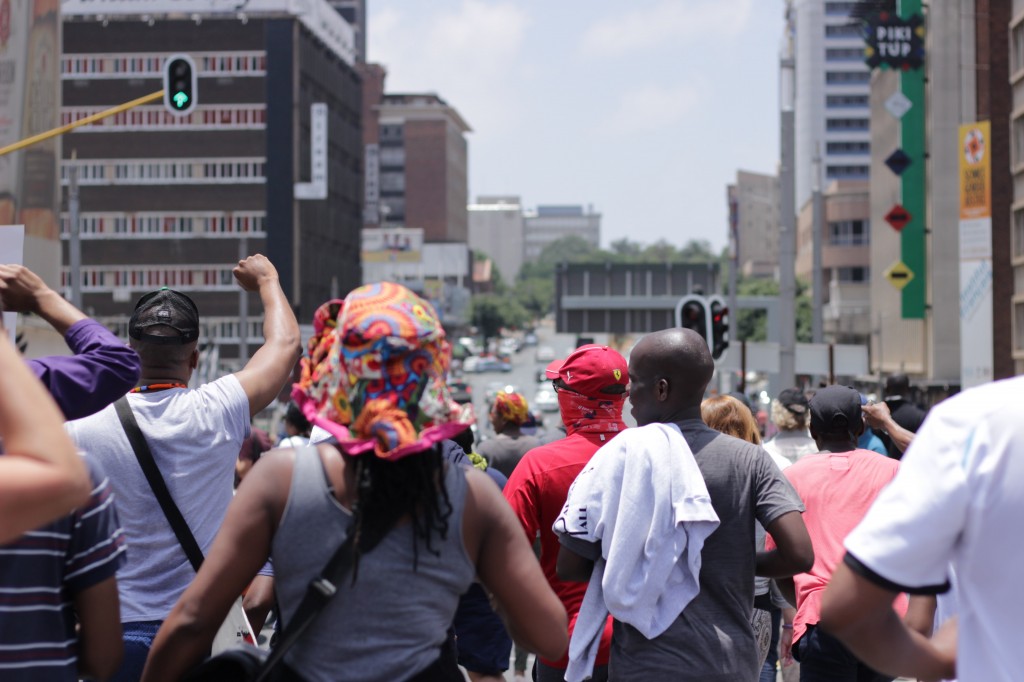 Photo by palesa on Unsplash

Strict enforcement of South Africa's coronavirus lockdown by police and the army has placed the spotlight on official brutality, a cause of anger among the majority Black population for decades.

Now a coalition of human rights organisations called C19 is seeking to document those abuses, hoping the data gathered will drive reform.

A new website that allows South Africans to report police brutality launched in April and has drawn input from across the country, mainly from townships in large cities.

Users go through a series of questions on the free-to-use site, where they can submit a testimony together with videos and photos for verification. For those unable to go online there is a toll-free hotline.

"Documentation of abuses is critical for accountability, otherwise officials won't see a reason to change," said Thato Masiangoako, a researcher for the Socio-Economic Rights Institute of South Africa.

Police spokesman Vish Naidoo said individuals were "welcome to play an oversight role on security forces," but that "it is senseless going to a website and complaining without opening a criminal case otherwise nothing will be done about it."

More than two decades after the end of white minority rule, South Africa remains one of the most unequal countries in the world, according to the World Bank, with urban areas starkly divided along racial lines.

While the lockdown has spotlighted abuses, this is not a new phenomenon, said Masiangoako, whose organisation uses litigation and advocacy to support human rights.

More than 42,000 complaints were made about the police between 2012 and 2019, including rape, killings, and torture, according to the Independent Police Investigative Directorate (IPID), the police watchdog.

But a strict coronavirus lockdown and a ban on selling alcohol have thrust the issue into the spotlight, with human rights groups accusing police and the army of using excessive force in low-income areas.

More than 100 people have reported beatings, verbal abuse, torture, and humiliation to the online violence tracker since it launched in April, 80% of them from low-income areas.

Rights activists say that is likely the tip of the iceberg. Masiangoako said the police watchdog was already investigating at least 10 deaths under lockdown, and that tracker tools could help those unable to take action against the security forces.

"Our hope is to get a large pool of data together to highlight behaviour patterns," said Nathanial Roloff, director of Safety Lab, which implements projects to mitigate violent crime and helped build the tracker website.

The site and hotline are monitored by the coalition members and any urgent issues are flagged to organisations that can help, Roloff said.

"Attempts to report police in the past have been met with silence or long processes, rarely with justice," said Roloff.

South Africa has seen its version of the Black Lives Matter protests that began in the United States in May and have spread across the globe.

Khosa died after soldiers entered his home and beat him with a rifle after seeing a cup of what they said was alcohol in his yard, according to his lawyer.

"We draw inspiration from BLM movement," said Masiangoako. "Public officials count on energy dying down, and the focus shifting. But what we are seeing is a sustained and persistent demand for change."