Just under half of UK parents, 49%, think their child's school should ban mobile phones, a survey by price comparison site uSwitch suggests. 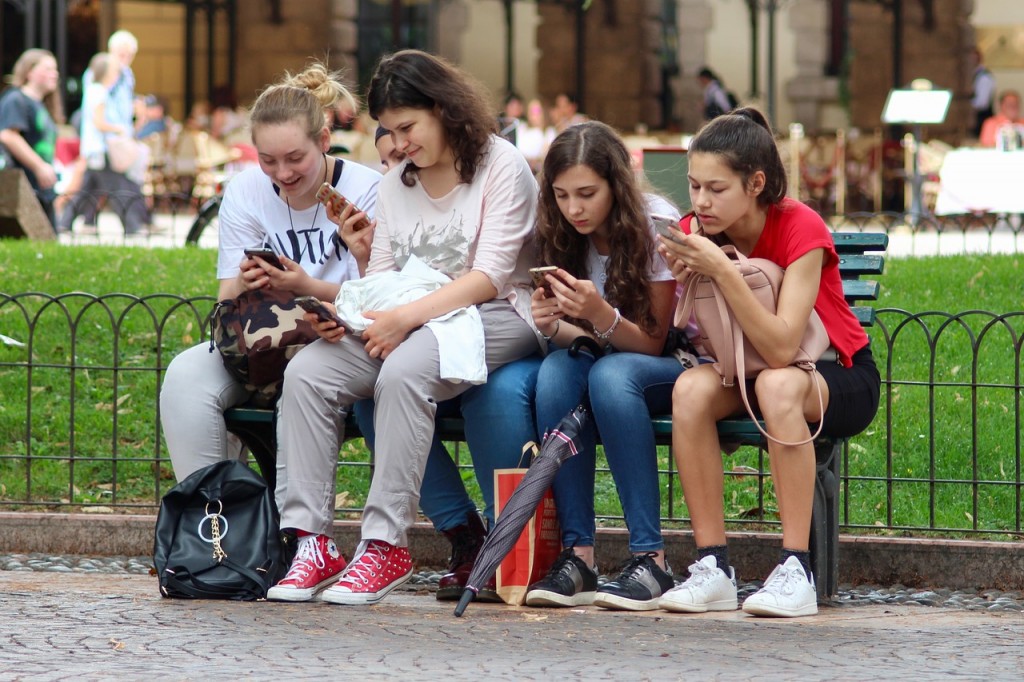 One in eight parents said their child's school had already done so.

The survey, of just over 1,000 people, also suggested that the average value of gadgets taken to school by each child was £301.

However, some have argued that bans prevent children from learning how to "self-regulate" their use of electronic devices such as smartphones.

The survey, carried out by Opinium on behalf of uSwitch, suggested that the average cost of gadgets taken to school by children was rising.

Extrapolating across the total population of UK school pupils, uSwitch estimated that the value of all gadgets taken to schools in 2019 will reach £2.3bn.

Plus, 43% of children now have a newer model of phone than their parents, and in total adults are spending £13bn every year on phone bills racked up by their offspring.

"The number of gadgets that schoolchildren are carrying into class every day is mind-boggling," said Ernest Doku, mobiles expert at uSwitch.

It was "understandable" that parents were concerned about their children being distracted by mobile phones in school, but Mr Doku said that banning the devices was not a straightforward solution.

"Children are very likely to be using a whole range of gadgets when they enter the world of work, and school is one place where they should be able to learn about technology in a safe environment," he said.

"In addition, many parents want the peace of mind of being able to contact their children in emergencies, and find out where they are if they don't appear at home at the usual time, whether by calling them or by using an app."

In 2018, the headmaster of Eton said schools and parents should not be afraid to take mobile phones away from children.

Not everyone agrees with the approach.

Some argue the world is full of gadgets, therefore children should not be cut off from the experience of using them.

"If school and education is about preparing us for that world, then learning how to use your mobile phone - when it's appropriate, when it's not appropriate, is a very important part of that," Paul Howard-Jones, a professor of neuroscience and education at the University of Bristol, told the BBC in July last year.

"Children need to learn to self-regulate. They're not being given the opportunity to do that if their phones are taken away at the start of the day."