The campaign won't alone solve period poverty, but it could start a conversation. 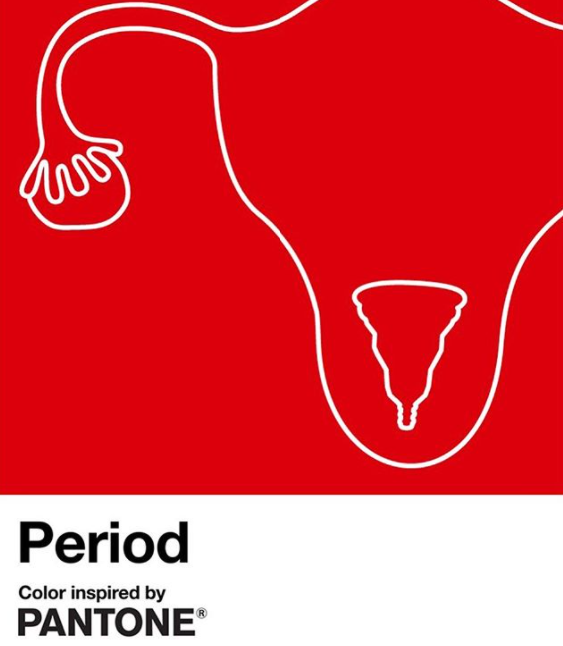 A new initiative is forcing the global design world to think about menstruation.

Pantone, the most influential company responsible for standardizing colors, announced a new red hue called “Period” on Tuesday, according to CNN.

The color to help normalize periods is in collaboration with the Seen+Heard campaign initiative started by Swedish menstrual product brand Intimina. Intimina also donated £2,000 to ActionAid, a charity helping women and girls living in poverty as part of the effort.

"Despite the fact that billions of people experience menstruation, it has historically been treated as something that shouldn't be seen or talked about publicly," said Intimina's Global Brand Manager Danela Žagar in a press release. "And if we look at popular culture, depictions of periods have ranged from wildly inaccurate and unsympathetic to being the subject of jokes and derision."

Menstruation is stigmatized around the world, and period poverty stops people who menstruate from attending school, going to work, and participating in society every day. Antiquated traditions, lack of education, and patriarchal systems perpetuate beliefs that menstruation is unclean, impure, and a shameful process.

The color is meant to empower everyone who menstruates, Laurie Pressman, vice president of the Pantone Color Institute said, according to the Guardian.

“An active and adventurous red hue, ‘period’ emboldens people who menstruate to feel proud of who they are,” she explained. “To own their period with self-assurance; to stand up and passionately celebrate the exciting and powerful life force they are born with; to urge everyone regardless of gender to feel comfortable to talk spontaneously and openly about this pure and natural bodily function.”

The color is supposed to be an "energizing and dynamic red shade that encourages period positivity,” according to the release.

Some critics, however, took to social media to express discontent with the campaign. Negative reactions flooded Twitter with claims that the color sends the wrong message and could create more stigma because all menstrual blood doesn’t look the same and that the campaign won’t end period taboos.

“Without the stigma around periods, more women could escape poverty, fulfill their potential, and strengthen their communities,” Jillian Popkins, ActionAid UK’s director of policy said, according to the Guardian. “This important campaign will help change that.”

Pantone’s Period is one of several recent colors created to support social issues. This summer, the company introduced “Ultra Black” with the rapper Nas to celebrate the black community, and “Pippi Longstocking Orange” with the humanitarian organization Save the Children to support displaced and refugee girls.