The future of humanity hinges on full implementation of the 2030 Agenda, if we don't get there, “we may never see the world that ‘we the peoples of the United Nations’ have long been calling for". 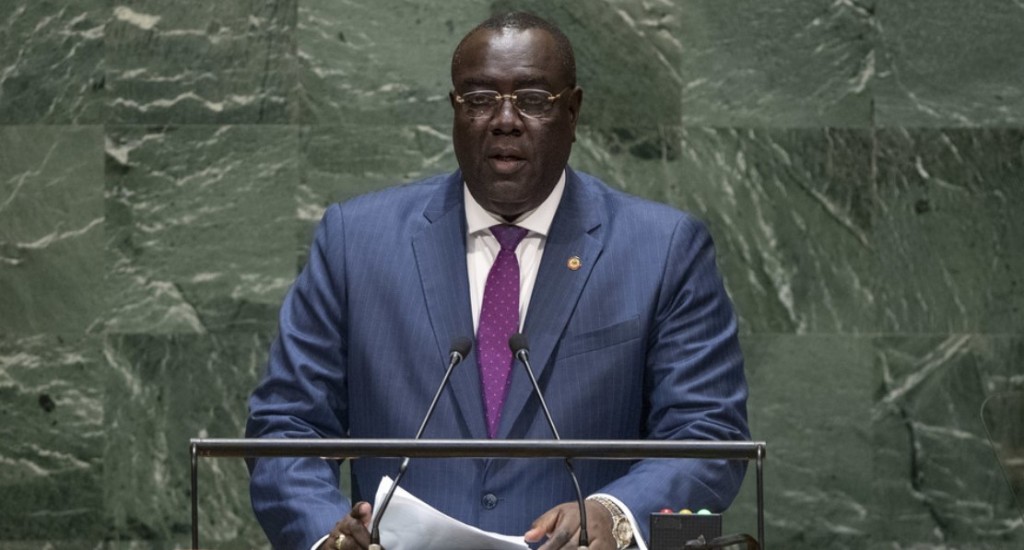 “It is absolutely essential to reboot out collective responsibility… and remain mobilized around the Sustainable Development Agenda, as well as the objectives of the UN Charter, Mr. Edmond said on Saturday, welcoming the fact that the Assembly’s current session would be focused on multilateralism, thus pointing to the way forward for achieving sustainable development and peace.

“I hope we all understand the need to move from solemn declarations to concrete actions and initiatives that are commensurate to the level of present and future challenges,” he added, referring to the UN-drafted blueprint to tackle climate change and reduce global poverty and hunger by 2030.

After expressing concern over the number and magnitude of forest fires in recent years and recalling the recent damage “closer to home” caused by Hurricane Dorian in the Bahamas, Mr. Edmond also mentioned the floods that hit his country and asked that special attention be paid to small island developing States that lack adequate means to combat natural disasters and preserve the environment.

The Minister expressed concern over the delays in the combat to end poverty, saying that efforts made thus far were not up to the real needs and that there is "striking gap" between the commitments made, particularly in the context in the 2030 Agenda and other global accords, and what had been achieved.

He also emphasized the importance of quality education as the only way to concretely guarantee respect for human rights, and economic and social progress. Mr. Edmond then cited Haiti’s “immense" needs, saying the pursuit of sustainable development objectives remains “a major challenge”.

The Haitian Government is fully aware of its responsibility to ensure the security, stability and long-term development of the country, said Mr. Edmond, recalling that Haiti had for several months been confronted with “complex political crisis,” compounded by decades-old economic precariousness.

He noted the efforts of President, Jovenel Moïse, to pursue a Haitian national dialogue towards resolving the crisis. However, he cautioned that “Haiti will not be able to recover without substantial, sustained, sustainable, coherent, well-coordinated and effective support from the international community.”

To that end, Mr. Edmond noted the mandate of the UN Integrated Office in Haiti, which will succeed October 16 to the UN Mission in support of justice in Haiti (MINUJUSTH). Recalling that this mandate will be "essentially to advise the Government on the means to promote and strengthen political stability and good governance", the Minister hoped that the Office will be given the necessary resources.

He called for “Better coordination of the UN presence” in the country, and asked that all its actions “fit well" within the framework of the priorities established by the Government.

Mr. Edmond also advocated for a “new paradigm of international cooperation,” believing that it necessarily entailed an in-depth reform of UN structures and their functioning.

The United Nations must be more flexible, more open and more pragmatic, he said, explaining that “responsible and timely action by the United Nations could have helped to limit the damage and avoid suffering for the affected population by the cholera epidemic.”

He acknowledged “encouraging progress” in the fight against the disease through the efforts of the Special Envoy of the Secretary-General and all relevant actors, but nevertheless urged t United Nations to redouble its efforts to secure funding for the cholera control strategy in the country.