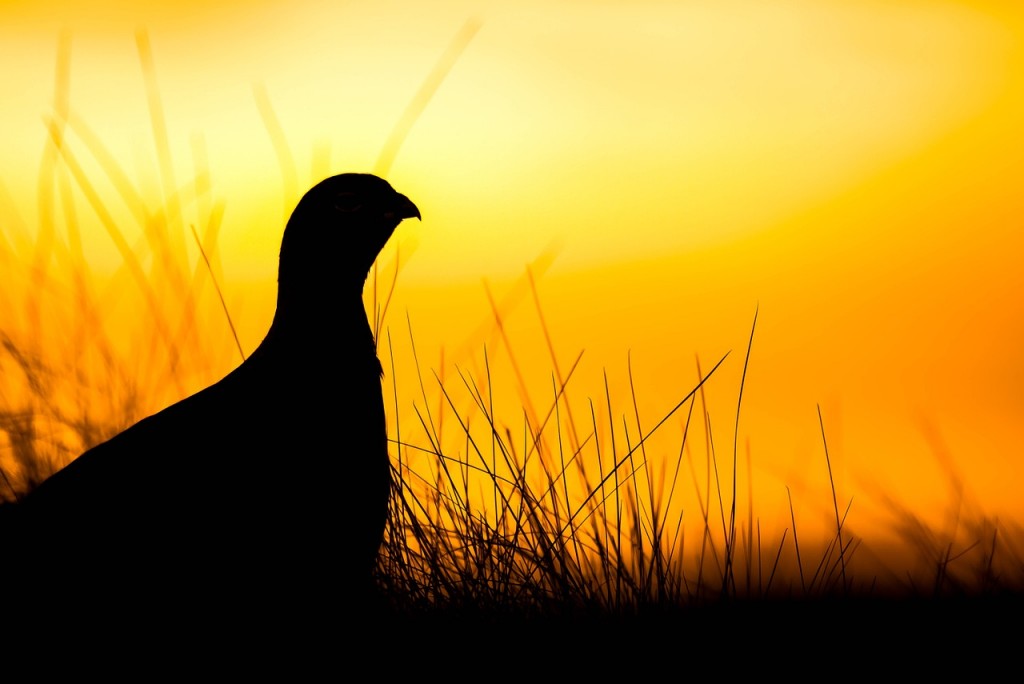 The four-month grouse shooting season begins on Monday - the Glorious Twelfth - and sees shooters head to moors in Scotland and northern England.

Labour said there were "viable alternatives", like simulated shooting.

The government said protecting the rare moorland environment and also hen harriers, a critically endangered bird of prey, were priorities.

Grouse moors cover about 550,000 acres of land in England and Scotland - an area bigger than Greater London.

During a shoot, the wild grouse are driven - meaning flushed into the open by a line of beaters - and fly over a line of people who shoot them.

According to the RSPB, the sport is both economically important and popular in the shooting community - but a lack of effective regulation has led to "unacceptable" consequences for the environment.

These consequences include gamekeepers illegally killing birds of prey which are predators of grouse, in order to keep grouse numbers high, as well as burning vegetation.

Labour said the process of draining the land in preparation for the shooting season destroyed "huge swathes" of plant life and also killed large numbers of animals.

And the party highlighted that bird of prey species such as hen harriers - which feed on grouse chicks - and mountain hares were often illegally culled.

"The costs of grouse shooting on our environment and wildlife needs to be to properly weighed up against the benefit of land owners profiting from shooting parties," said Sue Hayman, the shadow environment secretary.

"For too long the Tories have bent the knee to land owners and it's our environment and our people who pay the price.

"There are viable alternatives to grouse shooting such as simulated shooting and wildlife tourism. The time has come for a proper review into the practice."

A separate, Scottish government review of grouse moor management practices, including illegal hare and eagle culls, is expected to be published later this year.

But Labour says it wants to "go further" to assess how the industry affects all wildlife and climate change.

Duncan Thomas, a regional director at the British Association for Shooting and Conservation, said he was confident any review would demonstrate the benefits of a well-run grouse moor.

"Grouse moors are bio-diverse and the shoots they support create vital employment in isolated rural areas supporting communities," he told the Daily Telegraph.

"Effective heather management including burning and cutting creates amazing habitat and of course reduces the fuel load and risk of wildfire."

According to the Department for Environment, Food and Rural Affairs, hen harriers are protected from illegal killing and there are strong penalties for offences against birds of prey.

Officials said they will continue to work closely on progress with landowners, tenant farmers and sporting interests to sign up to voluntary commitments, including a commitment to stop the rotational burning of heather on blanket bog.