Germany is surprisingly outspoken about people needing to reduce their meat intake for environmental, ethical, and health reasons. 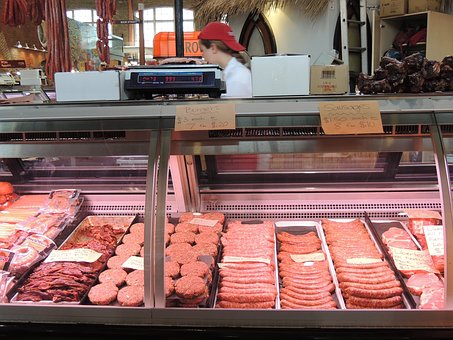 Politicians from the Social Democrat and Green parties suggested raising the value added tax (VAT) on meat from its current reduced rate of 7 percent to the standard rate of 19 percent.

The extra revenue would be allocated to farmers to help them establish better welfare standards for animals – "earmarked for more animal welfare," in the words of the Greens' agriculture policy spokesman. Albert Stegemann, who speaks on behalf of Angela Merkel's Christian Democrats on the topic of agriculture agreed, saying that the plan could be constructive and that "the additional tax revenue should be used to support livestock farmers to help them restructure."

Such 'sin taxes,' as they're called, are found on items such as cigarettes, alcohol, and sugary beverages (in some states and countries) and serve as a deterrent from purchasing. The idea is that the more expensive something is, the less likely a person is to buy it. Meat is no different; although its use is arguably more normalized and broadly accepted than the aforementioned items, it is also linked to a host of issues.

An estimated 15 percent of global greenhouse emissions is driven by meat production, and it is tied to deforestation, excessive water use, contamination of nearby waterways, soil degradation, growing antibiotic resistance, and higher rates of chronic diseases. We'd all be better off eating less meat, and increasing its price at the supermarket counter is the first obvious step to do so.

Germany has already taken a radical step toward meat reduction. In 2017 its environment minister Barbara Hendricks decided that no more meat and fish would be served at official functions in order to set a good example for climate protection. The country has also seen sales of vegan food products skyrocket compared to the rest of Europe.