'Climate Strike' has just been declared 2019's Word of the Year

As climate protesters have taken to the streets around the world, a new term is gaining popularity. 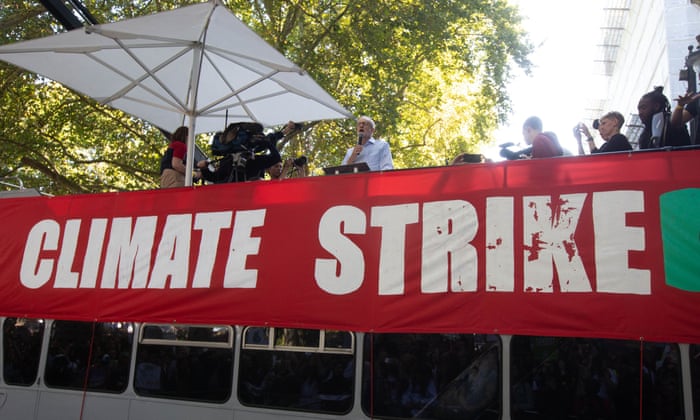 With climate protests surging around the world, Collins Dictionary has declared "climate strike" its 2019 "word of the year", noting the term's use has soared 100 times higher than in previous years.

The Glasgow-based company bases its choice on an annual search of websites, newspapers, magazines, and social media to see which words in English have seen the most significant increase in use.

Youth activists said they took the dictionary's declaration as a sign their efforts were working to raise broader awareness about climate risks.

"It really shows the impact that young people have had in heightening (recognition of) the climate crisis," Jake Woodier, a campaigner and organiser for the UK Student Climate Network, told the Thomson Reuters Foundation.

Climate strikes this year — including in September during the UN Secretary-General's climate summit in New York — have drawn millions of participants worldwide.

The first documented use of "climate strike" was in 2015, to describe a mass demonstration coinciding with a UN conference where the landmark Paris Agreement to curb climate change was put in place, the dictionary company said.

Woodier said he hopes the designation will encourage climate protesters to keep pressure on public officials, particularly leading up to planned British elections in December.

"Climate strike" is not the first environmental term to make the Collins list.

"Rewilding" — restoring areas to a natural state — was a runner-up this year, and "single-use" — an adjective describing items such as plastic containers designed to be thrown away — took the top spot last year.