Alabama Public Television (APT) has refused to broadcast a cartoon which shows a same-sex wedding. 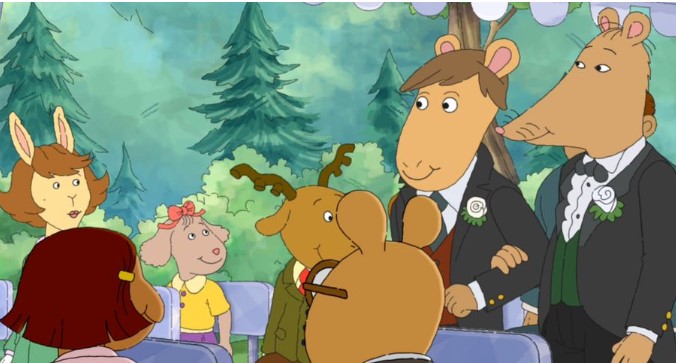 But APT instead ran an old episode, and announced it had no plans to show the premiere.

In a statement, Mr McKenzie said "parents trust that their children can watch APT without their supervision", and that children "younger than the 'target' audience" might watch without parental knowledge.

Show creator WGBH and broadcaster PBS reportedly alerted local stations in April about the episode, and Mr McKenzie said this was when they decided not to air the show.

Arthur is a joint Canadian/American series which debuted in 1996 about an eight-year-old anthropomorphic aardvark named Arthur Read and his friends, who live in the fictional Elwood City.

APT previously refused to broadcast a 2005 episode of the series which depicted Buster, a rabbit, visiting a girl who had two mothers.