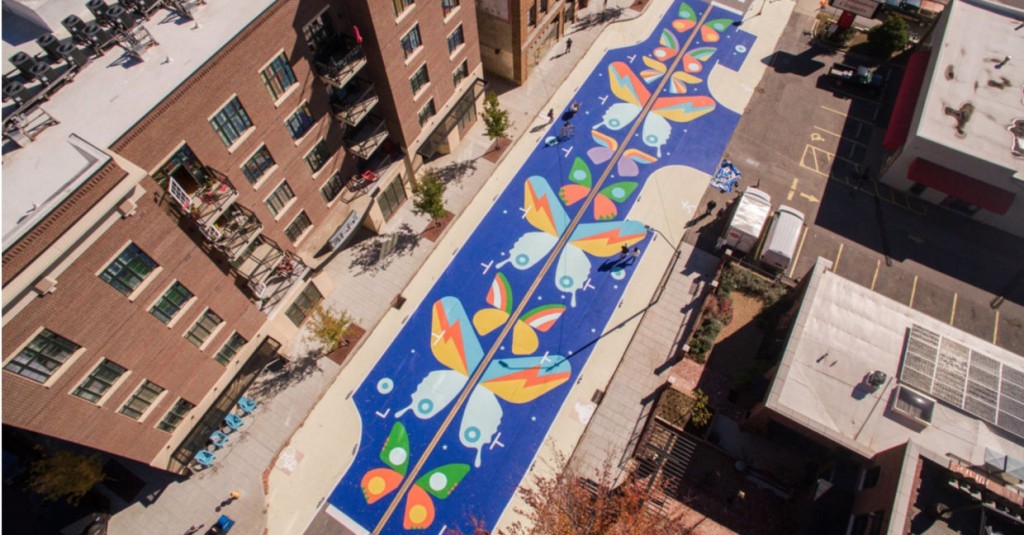 Transformations are taking place in cities around the world to make them places where people want to live. Streets are being closed to traffic, bike lanes, and walking paths are being opened and in the US, dozens of public plazas are being created using little more than paint.

Now, by Bloomberg Philanthropies will fund the creation of 10 street murals in 10 cities in 2020 and the safety, economic and civic impact of these projects will be tracked according to a press release from the organization.

"Public art has the power to reshape the way we experience cities," said Michael R. Bloomberg, founder of the organization. "We saw that time and time again during my time as Mayor of New York city: art can remake streets and improve public safety, inspire people, draw in visitors, and enhance resident's quality of life."

The awards of up to 25,000 will be given by the Asphalt Art Initiative to be used to create colorful murals on streets, crosswalks, and intersections or used for vertical surfaces like highway underpasses. The small and midsized cities must have populations from 30,000 to 500,000 people. The deadline to apply is December 12, 2019.

The nonprofit along with Street Plans Collaborative and public art consultant Renee Piechocki, created a free guide with case studies to help city leaders plan and implement their asphalt art. The case studies show the lessons that were learned from installations that included Boston, Massachusetts Athens, Greece, and Bogota, Columbia.

But the project is much more than just painting pretty pictures.“ It’s not just about art—it’s about creating safe spaces for people for pennies on the dollar,” says Janette Sadik-Khan, transportation principal for Bloomberg Associates told Cubed. “This is fast, easy, inexpensive, and transformative.”

When Sadik-Khan was transportation commissioner for New York City, she oversaw the transformation of Times Square into car-free pedestrian plazas that also included asphalt murals. She said that the project saw pedestrian injuries go down 30 percent.

Asphalt art is not meant to be permanent. How long they last depends on the type of paint used and how often it is reapplied, but the projects can leave permanent changes in how the residents perceive their cities. And this is lasting value.