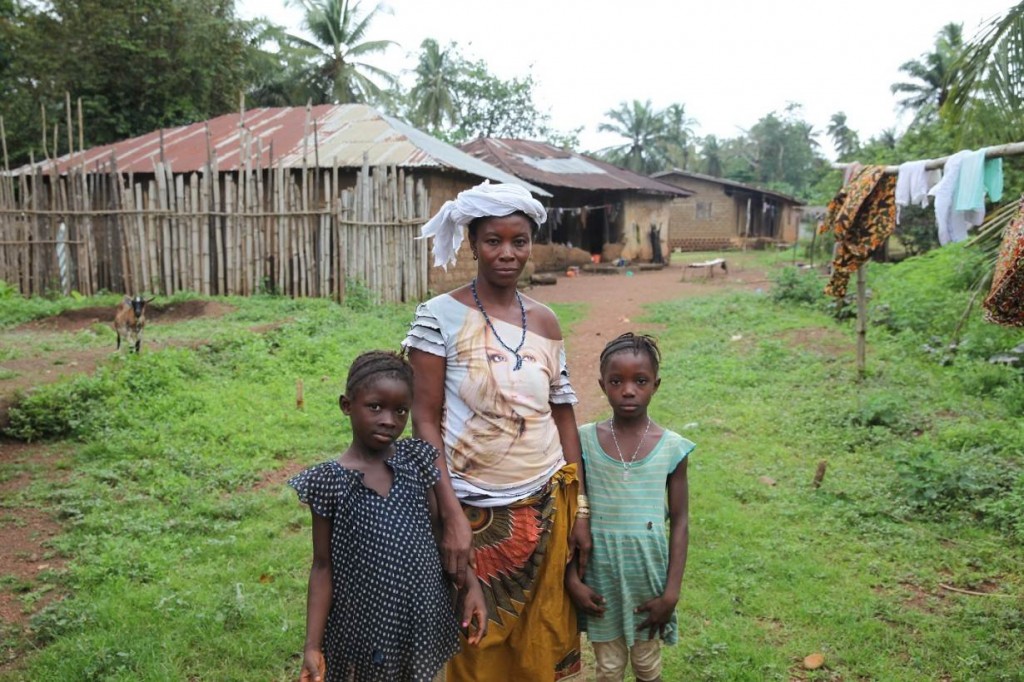 Salimatu Kanu trained for four years at the shrine in her Sierra Leonean village to become a "sowei" — a woman who initiates girls into adulthood through female genital mutilation (FGM).

In the grass-walled enclosure at the edge of the forest in Thawuya village, she learned to wield the knife that cuts girls' clitorises, and to use herbs to reduce the bleeding.

Then last year, in a midnight ceremony, Kanu helped tear down the shrine. In a country where 9 in 10 girls are cut, the chief of Thawuya had decided this tradition had to stop.

FGM, the total or partial removal of the external genitalia, is a tradition practiced in many African countries which can cause serious health problems, lifelong pain, and even death.

But Kanu was glad to see it go for a different reason.

"I am happy because we spent a lot of our money on initiations," said the former cutter, who has started farming.

"Now our resources are going to our children."

In Sierra Leone, girls are circumcised as part of initiations into a secret women's society known as "Bondo," which is widely considered a requirement for social acceptance.

A two-week festival of initiations happens several times a year and costs the entire village dearly, requiring new clothes, a feast, and fees to be paid by parents and cutters.

In the poor farming community, people said they were already reaping the benefits of giving up this tradition.

"During initiations, you have to provide a lot of food," said Pa Alimamy Yakuba, the chief of Thawuya, a village of about 1,000 people in Sierra Leone's Port Loko district.

"Now that we have stopped, we have reserves."

When the shrine was torn down he wrote a local bylaw banning FGM, and the villagers also removed the enclosure in the forest known as the "Bondo bush" where initiations used to take place.

In the clearing left by the shrine, villagers have planted crops.

Sierra Leone is one of only a handful of African countries where FGM is not illegal.

In some regions, politicians pay for the ceremonies to buy votes. Initiations were banned last year for this reason, but only during campaign season.

Activists have used common techniques to try to end FGM — spreading information about the health risks, coaching religious leaders to condemn it, and emboldening victims to speak out.

Local women's rights group Amazonian Initiative Movement worked in Thawuya for several months leading up to its renunciation of the practice.

"We are really seeing the benefits of removing the shrine because a lot of young girls are protected now," said chief Yakuba. He does not believe anyone has been cut since he banned the practice, and said community members are on the look-out.

But villagers young and old cited savings first as the benefit to abandoning their tradition.

One village elder said she was happy to stop FGM because the money could be used to send her grandchildren to school.

"When I was young I took it to be a tradition and I appreciated it very much," said Maimouna Bangura, sitting on a log outside the village meeting hall.

"Now I realize it is not of value."

They earn little more than a living wage after paying for licenses and contributing to the ceremonies, which include dancing and masquerade, they said.

Still, ending FGM means they are out of a job.

"Most look at it as a means of survival," said Rugiatu Neneh Turay, founder of the Amazonian Initiative Movement (AIM).

AIM holds sewing and adult literacy classes for former soweis at its office in Port Loko, but said employment was a challenge.

In Thawuya, former cutters have turned to farming or petty trading, but some are struggling, said the chief.

"Not all the soweis are happy, but there are more who are happy than those who are not," said Kanu.

She envisions a new kind of ceremony with no FGM, where women are taught leadership skills and menstrual health.

"We think the social aspects of Bondo are key," said Turay. "We don't want to lose our culture."

She hopes to test an alternate rite of passage before the end of the year which could be replicated country-wide. There is just one problem, she said: finding the money.