The campaign will donate funds and menstrual cups to I Support The Girls. 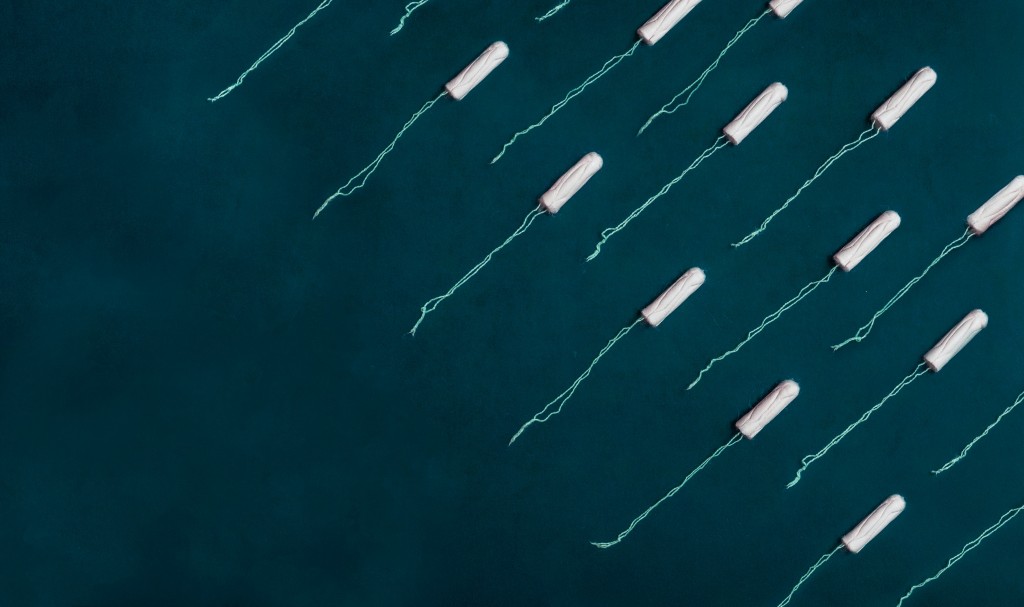 Photo by Josefin on Unsplash

Around the world, organizations have been working to normalize menstruation, showing people that it can be talked about in their daily lives without fear or shame. Last year, the Unicode Consortium introduced the period blood emoji into our lives. And last month, Pantone released a new red hue called “Period” to empower people who menstruate.

The companies launched a social media campaign on Thursday, announcing that for each post with the hashtag #StopThePeriodTaboo, Marea will donate $1 and Saalt will donate a menstrual cup to I Support The Girls (ISTG), a nonprofit that distributes bras, underwear, and menstrual hygiene products to people experiencing homelessness and other difficult situations.

The campaign will run through the weekend, coinciding with National Period Day (Oct. 10) and International Day of the Girl (Oct. 11).

“Talking about menstruation shouldn’t be so difficult,” ISTG founder Dana Marlowe told Global Citizen. “People shouldn’t be embarrassed. I hope that from this campaign, we’re able to chip away at the taboo that persists around menstruation.”

Despite advancements in female empowerment, women around the world continue to feel embarrassed about menstruating due to widespread stigma, misinformation, and misogynistic cultural norms.

A 2018 survey found that nearly half of women in the United States have experienced period-shaming by men. In Uganda, a study found that many girls skipped school while on their period to avoid teasing by classmates. Women and girls are often considered dirty or impure during menstruation, and as a result restricted from daily activities like eating certain foods and socializing with men and boys in some countries.

Through the social media campaign, Marea and Saalt hope to encourage unfiltered discussion around menstruation, and invite people to participate by posting with the hashtag to raise awareness and resources for period poverty.

“Our biggest goal is to inspire the change around the topic, to really have the conversation and get as many people talking about it as possible,” Marea’s founder Monica Grohne told Global Citizen. “And when I say people, I really do mean people — not just women, but everyone.”

Besides advocating against the taboo, the campaign also aims to provide essential resources for people in need.

Since the start of the COVID-19 pandemic, ISTG has seen a 35% increase in requests for menstrual hygiene products. The pandemic has increased financial hardship, especially for people who live paycheck to paycheck. As Latinx women, immigrants, young adults, and people with less education get hit hardest by COVID-19 job losses in the US, the ability to purchase menstrual products every month may no longer be possible for many people.

Part of the increase in demand is also due to COVID-related closures of homeless shelters, where pads and tampons are typically provided for residents, Marlowe said.

She has also seen more requests come in from people experiencing domestic abuse who are restricted by their partners from purchasing essential products. Domestic abuse has increased around the world during the pandemic due to stay-at-home orders and restrictions on movement. To assist those fleeing from abusive situations at home, ISTG has created “DASH Kits,” care packages with a three-month supply of menstrual products, underwear, and bras.

Despite ramping up its operations and distributing 2 million products since March, ISTG is still struggling to keep up with requests, Marlowe said. The funds and products gathered from the campaign will be able to provide much-needed resources for more people around the world.

“We’re super grateful for Marea and Saalt for their campaign with us,” Marlowe said. “Menstrual cups are very expensive, and they’re obviously great from an environmental perspective, but we just never have enough of them.”

Since menstrual cups are not as widely used as pads and tampons, Saalt’s products, which cost $24 to $49, will only be included in packages that specifically request them. Marea’s financial contribution will go toward delivering DASH Kits, which cost about $25 per box to pack and ship.

Since its founding in 2015, ISTG has gathered and donated more than 10 million bras, underwear, and menstrual hygiene products to people in need, according to Marlowe. So far, the organization has more than 2,000 business and donation partners, and 58 locations in the US, Canada, Australia, Germany, Pakistan, and the Philippines.