“Insecticide-treated nets are one of the most effective tools in the fight against malaria.” 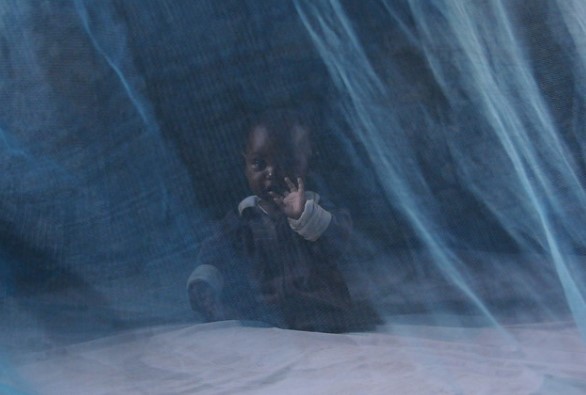 In a global effort to fight malaria, 2 billion insecticide-treated mosquito nets have been delivered across the world since 2004, according to a press release from the RBM Partnership to End Malaria.

These life-saving mosquito nets have helped prevent nearly 68% of all malaria cases in Africa and are responsible for saving over 7 million lives.

Malaria is a deadly disease, transmitted through mosquito bites, that causes fever, headache, and chills. In 2018, there were more than 228,000 cases of malaria in the world and around 405,000 deaths.

Children under the age of 5 are most susceptible to the disease, making up 67% of all malaria-related deaths in 2018.

The nets, which cover up to two people per net, can last up to three years or 20 washes on average, and the number of women and children using them has doubled within the last eight years, according to the World Malaria Report 2019.

“Insecticide-treated nets have saved lives, prevented suffering, and brought us 2 billion steps closer to our vision of a malaria-free world,” Dr. Tedros Adhanom Ghebreyesus, director general of the World Health Organization (WHO), said in the press release. “With country leadership and global partnership, they will continue to play a vital role in fulfilling that vision.”

Various organizations and nonprofits, such as UNICEF, the US President’s Malaria Initiative, and the Global Fund to Fight AIDS, Tuberculosis, and Malaria, contributed to help achieve this global milestone by distributing mosquito nets and working with countries currently experiencing malaria epidemics.

In celebration of this milestone, RBM Partnership to End Malaria has released a new video emphasizing the collective effort that was required to produce and deliver the 2 billion life-saving mosquito nets.

The video features Kenyan high school student Clementina Akinyi, who praised the mosquito nets and vouched for the effectiveness.

“I don’t fall sick because I’m using the nets,” Akinyi said. “Me and my sister are now champions for mosquito nets, and we are now advising people at school to use the nets. I advise everyone to use nets to prevent malaria, because malaria is a deadly disease.”