Why We Use Our Smartphone at Cafés

Maybe you’re like us. We’re the folks who are on our smartphones almost all the time, even when we’re with others. We know it annoys a lot of people, but we do it anyway. Why? 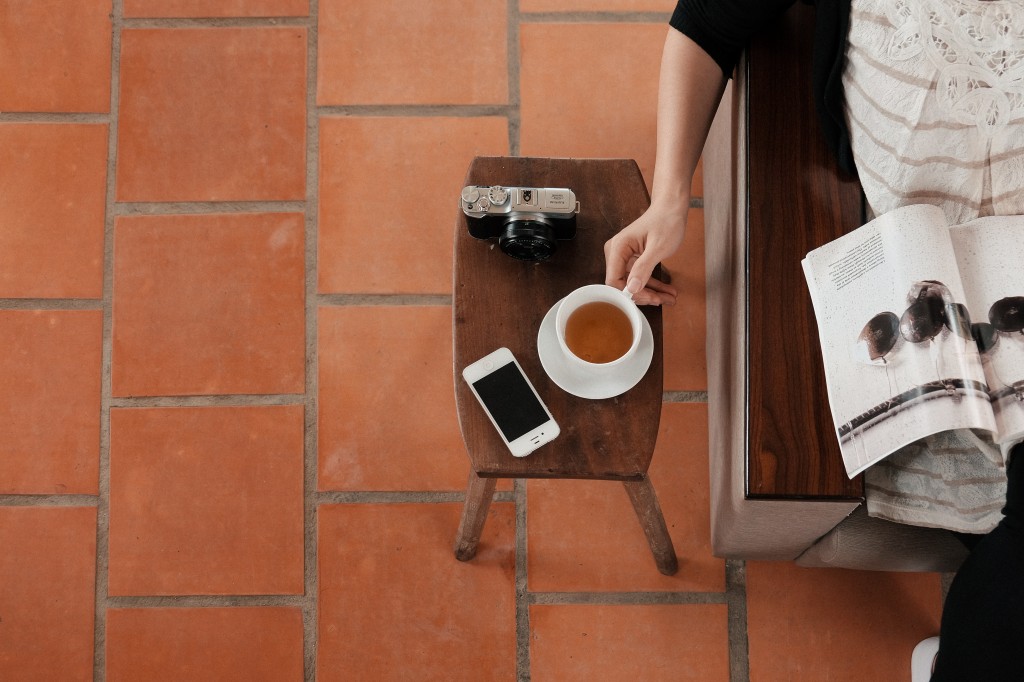 Researchers at NTNU have looked at why people in cafés pull out their phones, and how this affects café life. The three main reasons they identified are:

to delay or pause a conversation (interaction suspension).

to get out of a conversation (deliberately shielding interaction).

But what does that actually mean?

Interwoven with everything else

The smartphone is the world’s most ubiquitous personal tech gizmo. The vast majority of adults have one.

“This makes the smartphone important, both socially and sociologically,” says Ida Marie Henriksen, a postdoctoral fellow and first author of a new article.

She is affiliated with NTNU’s Department of Interdisciplinary Studies of Culture, and wrote the newly published article with Professor Aksel Tjora and Marianne Skaar, a PhD candidate from the Department of Sociology and Political Science.

The use of smartphones is connected to so many of our activities, both ones we do alone and ones we do with others. We look for tempting cafés online, pay for the bus ticket to the café with it, invite friends to come join us, use the phone to identify the music that the café is playing, and lots of other things.

Smartphones give us even better opportunities to be social. But they also enable us to distance ourselves from others.

Smartphones in the café

The researchers visited with 52 people at cafés in Trondheim, and interviewed them in depth about their mobile phone use and how they interacted with other people.

“We focused exclusively on people who seemed to know each other from before and who met to socialize. In addition, we observed 108 other meetings at a distance, kind of like research flies on the wall,” says Skaar.

“We focused exclusively on people who seemed to know each other from before and who met to socialize.”

By design, cafés are a place where you can be especially social with others. But some people use it instead as a place to hide away with a good drink for a while and keep a suitable distance from people, or as a workplace, preferably with a laptop or tablet in addition to the ubiquitous mobile phone.

So what do the three main types of cell phone use involve?

Delaying interaction is what happens when we interrupt a conversation with our café partner to check an email, a phone conversation, a picture on Snapchat or just to make sure we haven’t missed anything on social media the last few minutes.

This is also called “phubbing” (from phone + snubbing), when the phone gets your attention instead of the live person you’re with.

How this behaviour is perceived depends on how the conversation partners understand the situation. You can get annoyed about it and see it as rude. But that’s not necessarily the case.

“How this behaviour is perceived depends on how the conversation partners understand the situation.”

“On the one hand, how you suspend your interaction plays a role. If you explain to the person you’re with why you have to postpone your physical interaction, it’s perceived as more polite than if you just disappear and start “phubbing,” that is, phoning someone else and ignoring the person who’s physically present. At the same time, some people may appreciate a short break from a longer conversation, and using the phone can also be a natural, interwoven part of the social interaction that takes place in the café,” says Tjora.

This is a slightly different, more subtle way of using the phone than suspending interaction exposure.

“When the person you’re with gets busy on their smartphone, the other person in the social setting can pick up their smartphone to demonstrate that they’re busy too and not being involuntarily left to themselves. Or if you’re in a group, you can pick up your phone to avoid a conversation topic by signalling that you are busy. The smartphone offers a break from face-to-face social situations,” says Henriksen.

Some of us take this a step further by keeping our cell phone in silent mode. Then we can pretend we’ve received an important message or conversation, and that we have to hurry to answer it, maybe even leaving the company we’re sitting with.

You can escape a lot of boring meetings this way. But it’s not exactly pleasant.

This is the more pleasant or useful sharing side of using a phone and can sometimes be almost the opposite of taking a break from interacting.

“When you take a selfie together, or show pictures of your new girlfriend or kids, or of the house you want to bid on, or the map of where you were on holiday, you’re sharing content,” says Tjora.

“This is the more pleasant or useful sharing side of using a phone and can sometimes be almost the opposite of taking a break from interacting.”

Maybe you have an email, an SMS or a document that you want to show your café partner. That belongs in this category, too. Or when you disagree about what that actor or musician’s name was, and a quick web search can tell you which one of you was right.

Content sharing in a café setting often raises new conversation topics and can enrich the interaction. Sharing is probably also the most socially accepted use of mobile phones.

Of course, there are overlapping and grey areas too.

“For example, a mutual understanding can allow those who are meeting to take pictures of the coffee cup at the very beginning of the conversation and perhaps share the picture on social media for uninterested acquaintances. But then they put away their phones, either until a message appears, or perhaps even until the physical meeting comes to an end. If you go to a café to be social, the person with you in real life is the focus,” says Henriksen.

Sometimes there are also situations where café partners jointly agree to check this and that on their phones for a short while, but then put them away and concentrate on each other.

Others use their phone while the café partner is ordering at the counter or going to the toilet, simply to have something to do while the other person is away. This is almost like a kind of addiction, where we constantly have to be doing something and fill in all the breaks. The phone is immediately available, willing and able to satisfy this aversion to silence.

A conclusion, sort of

The smartphone is a tool for signalling interest or distance, but it can also enrich conversations and be used to share experiences with other people than only those who are physically present.

“The smartphone is a tool for signalling interest or distance, but it can also enrich conversations and be used to share experiences.”

“The study dispels the myth that everyone is constantly staring at their screens no matter the occasion, and shows that a form of courtesy with the phone has been established, at least in situations where the social aspect is prioritized,” says Tjora.

“The study dispels the myth that everyone is constantly staring at their screens no matter the occasion.”

“Whatever the reasons, one thing seems certain: smartphones have changed how we behave socially, for better or for worse. But maybe socializing has just become different in a way we need to become conscious of.